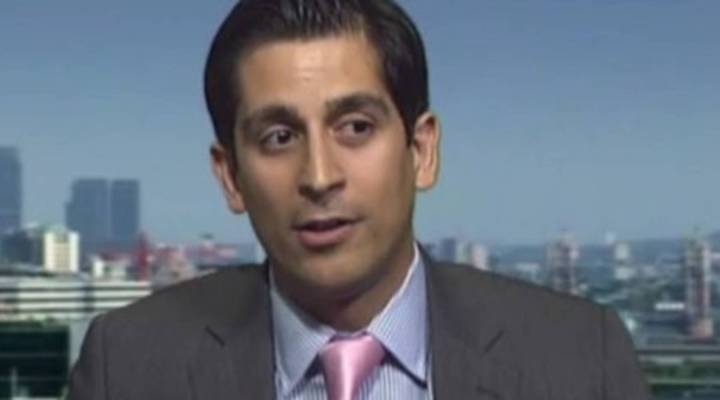 ]()
A BBC interview with a trader is doing the rounds today. Alessio Rastani has some choice things to say about the European debt crisis.

I’m very confident that this particular rescue plan, it doesn’t matter how much money they wanna put in, it’s not going to work, because this problem cannot be solved.

The big money, the smart money … they know the market is toast.

This is not the time right now to wishful thinking the government is going to sort things out. The governments do not rule the world, Goldman Sachs rules the world. Goldman Sachs does not care about this rescue package, neither does the big funds.

If you have the right plan set up, you can make a lot of money from this.

The Beeb describes Mr Rastani as an independent market trader. He describes himself as an experienced stock market and forex trader and professional speaker.

He doesn’t appear to be affiliated with any bank or investment company, nor does he appear to ever have worked at any kind of financial firm. He seems to be something of a self-made man, which is fine, except that it means he doesn’t speak for anyone except for himself. He certainly doesn’t speak for banks or investment houses, or even for day traders at large, so for the BBC to posit him as some kind of expert makes the nose wrinkle somewhat.

That said, Mr Rastani is a compelling interview. He talks a great game (and maybe his book), and he has the kind of swashbuckling elan that one might expect from traders who (may or may not be) gambling with millions of dollars on a daily basis. Watching this market privateer, I was reminded of Johnny Depp, swaggering about in the first Pirates of the Caribbean. Highly entertaining, but not to be taken all that seriously.

That said, of course, Pirates has become a hugely successful franchise. So maybe Alessio’s on to something.