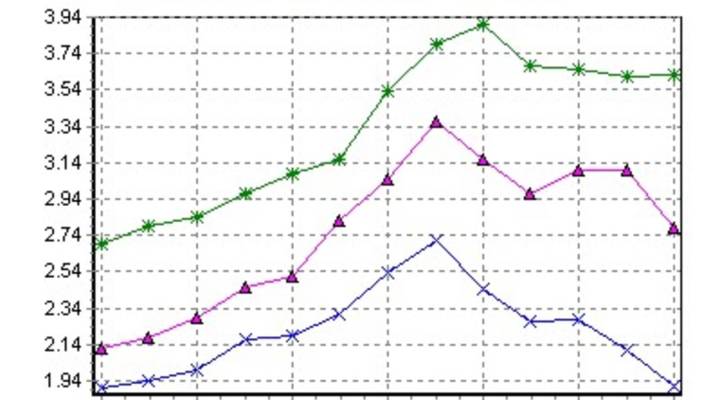 The American Petroleum Institute says Americans consumed less gasoline in August than they have in any August in the last ten years. You’d think that August would be a good month for gasoline sales, with all the vacation driving an’ all, but last month, it appears, people stayed home. Or closer to home, at least.

It’s not all bad news, however. The API also said that overall petroleum use was up, as truckers did a lot more driving during the month. The recovery efforts from floods, earthquakes and tropical storms drove more highway traffic, and an unexpected expansion in manufacturing helped also, API said.

So while it’s good news that overall petroleum use was up, the fact that consumers are pumping less gas is not so good, which means the Marketplace Daily Pulse stays even today.

The Institute for Supply Management’s U.S. factory index rose in August, showing the two-year economic recovery may be sustained.

The data points to a split in the economy. “Retail sales are weak, and we’re seeing a reflection of that in the gasoline demand numbers,” API chief economist John Felmy said in the report. “The rise in distillate demand accords with data that suggest modest growth in manufacturing, but consumers remain cautious.”

The API data follows a report by MasterCard earlier this week suggesting that gasoline consumption is picking up this month, but it’s still lower than it was last year. The MasterCard SpendingPulse report said weekly gasoline demand rose 4.5 percent from a week earlier in the week ended Sept. 16, but demand is down 1.1 percent from the same week last year.

MasterCard said persistently high gas prices were to blame for consumers reluctance to drive more than they were driving last year. The average price of a gallon of gasoline was down about four cents week-on-week, but it was still 32.6 cents higher than a year ago.