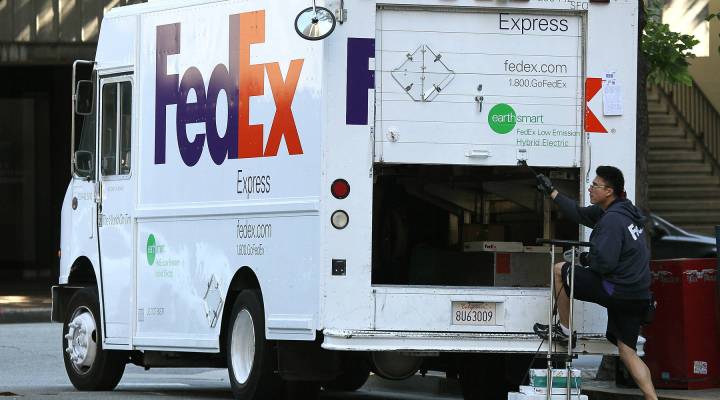 A FedEx worker steps out of his delivery truck in San Francisco, Calif. Justin Sullivan/Getty Images

FedEx is not feeling good about the economy. The company’s CEO, Fred Smith said today that he thinks we’re in for a sluggish growth period for some time to come. That’s depressing the Marketplace Daily Pulse today.

Smith said in an analyst conference call that his big customers, especially companies that deal in electronics, have had to ship far less in recent months as sales of electronics have fallen.

Smith said he expects this trend to continue in coming months. His gloomy projection reinforces follow recent comments from retailers who expect holiday sales to be poor this year, and who are trimming orders and inventories in anticipation.

At least Smith doesn’t feel that we’re in for a double-dip. The company expects subpar growth, he said on the call, but “while there’s been considerable speculation that the economy has or will soon enter a recession, this is not our view at present.” 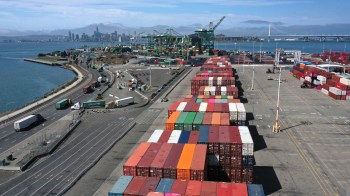