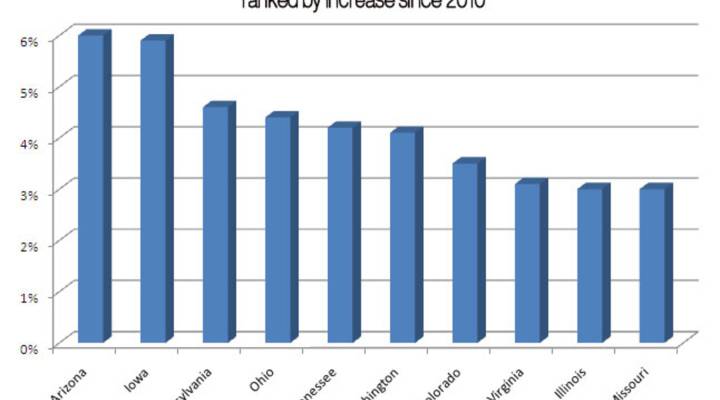 What is that, exactly? A good job? Your own house? Your own car? Americans appear to be substituting that dream for a more immediate reverie: winning the lottery. USA Today reports that lottery ticket sales have surged across the US and that’s pushed the Marketplace Index down a point today.

The paper trawled through the financial records of 41 state lotteries that end their fiscal year in June. Twenty-eight of them had higher sales than the year before. Seventeen of those states set all-time sales records.

It’s painfully ironic that in a down economy, when people are losing jobs and homes and looking forward to an austere future, Americans are spending money on something that’s so unlikely to give them any kind of return.

What’s worse, the people who play the lotto most tend to be the people who can least afford to fritter away their money on tickets. A Carnegie Mellon Tepper School study concluded low-income people spend a larger percentage of their incomes on lottery tickets than do the wealthier segments of society.

“Some poor people see playing the lottery as their best opportunity for improving their financial situation, albeit wrongly so,” said Emily Haisley, in a press release announcing the report’s release in 2008. “The hope of getting out of poverty encourages people to buy tickets, even though their chances of stumbling upon a life-changing windfall are nearly impossibly slim and buying lottery tickets exacerbates the very poverty that purchasers are hoping to escape,” she said.

Bruce LaFleur, vice president of LaFleurs, a research firm that gathers data on lotteries around the world told ABC news that lotteries might be indirectly benefitting from the poor economy because of anecdotal evidence that some gamblers are staying at home and playing lottery gamers rather than traveling to a casino to wager.

“It isn’t that people are saying, ‘I don’t have a job, I might as well buy a lottery ticket.’ Instead, people are choosing convenience gambling. Instead of going to a casino and paying for a hotel, what we call destination gambling, they are staying at home and buying lottery tickets,” he said.

While it may seem counterintutive, the fact that people are gambling more in a recession isn’t unusual. Gambling boomed during he Great Depression, mainly because states decided to start legalizing it, in order to stimulate their economies. Massachusetts decriminalized bingo in 1931, to help churches and charitable organizations raise money. Michigan, New Hampshire, Ohio, and California legalized parimutuel betting in 1933. Altogether, 21 states brought back racetracks in the 1930s.