Flat and happy? Markets hold steady despite some sour news

Flat and happy? Markets hold steady despite some sour news

That wasn’t what I expected!

When I came into the office this morning, I read headlines on private sector jobs figures coming in below expectations, the Justice Department turning its nose up at the proposed merger of AT&T and T Mobile, and the drip, drip of news that the economic recovery is still running in neutral.

Rather than falling through the floor, the markets surprised me. OK, it wasn’t a huge day, by any means, but in this economy, I’ll take flat, and I’ll be happy about it.

We asked Fred Dickson, chief investment strategist at D.A. Davidson how we managed to do relatively well, despite all that sour news. He told me it’s the end of the month.

The end of the month? Apparently companies often rejigger their portfolios at month’s end. Many of them will have bought bonds during the scary correction we had through August, and they may have concluded today that they over did the debt.

So they’ll have sold bonds and bought stocks instead today, and that will have helped the equity markets.

Dickson also told me Europe is looking a lot better to investors now, and the edge may have come off of their night terrors about the collapse of the Euro.

But he says we aren’t over the hill by any means. The Labor Department releases a report Friday on how many jobs we gained or lost during the month. It’s a leading indicator for the markets, and bad news there may reverse all of those happy feelings we’re having today.

Also on the show today, the Marketplace Daily Index is down a point on news that U.S. import and export growth is slowing. 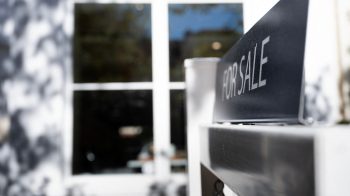 High mortgage rates, recession fears: Who actually wants to buy a house in 2023?