Kai Ryssdal: The latest count from the U.S. Department of Agriculture shows than 45 million Americans use food stamps to help feed their families. That’s the highest number ever — almost 15 percent of Americans.

Marketplace’s Eve Troeh has that story.

Eve Troeh: Food assistance has gone up in every state since the recession hit. In May, Alabama added a shocking million-plus people to its list for help buying food. What the numbers alone don’t say is that tornadoes ravaged the state at the end of April.

That’s David Buys at the University of Alabama, Birmingham. He says the huge jump was mostly families getting one-time payments for disaster relief. But many of them will need food assistance long-term.

Buys: Alabama is plagued with poverty. And then when something like a natural disaster hits, it’s really problematic for persons who are already food-insecure.

Buys says food stamps still carries social stigma. Even with a new name — it’s now the Supplemental Nutrition Assistance Program, or SNAP. The old tell-tale paper stamps: gone. Instead: debit cards, and more places to use them. He says the storms pushed Alabamans who already needed help to seek it out.

But Mark Rank at Washington University says even with the changes:

Mark Rank: We know that about a third of people who qualify for food stamps don’t get the program.

He says we see an increase in food stamps nationwide as those hold-outs get squeezed even more at the gas pump and the checkout line.

Rank: Rising food prices may be affecting those folks in that they’re saying, ‘Hey, I do need some some additional help here.’

And the number of people saying that isn’t expected to decrease anytime soon. 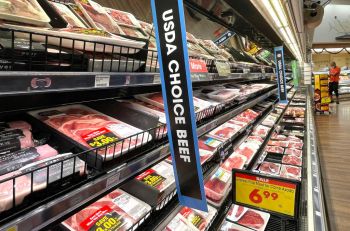 Maps: Food Stamps
Tags in this Story
Share this Story