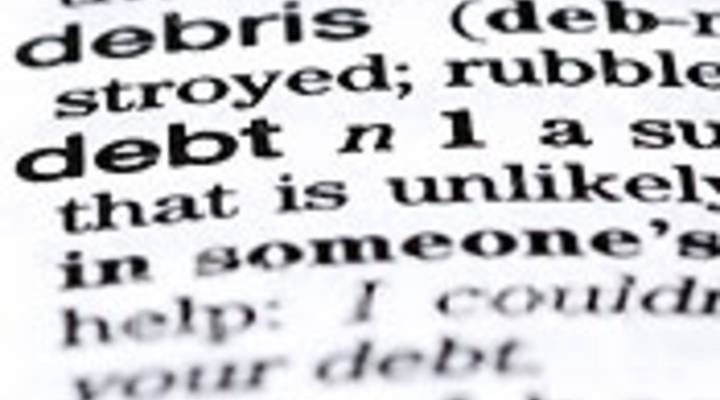 What effect are the debt talks having?

COPY
The definition of debt iStockPhoto

What effect are the debt talks having?

Stacey Vanek-Smith: Sadly, gridlock seems to be gripping the debt talks. If a decision can’t be reached by Aug. 2, the U.S. could be forced to default on some of its debts. Julia Coronado is chief economist for BNP Paribas. She joins us live. Julia, good morning.

Vanek-Smith: So Julia, the markets are down, but things do stay stable. What effect are the debt talks having?

Coronado: Well, as you know the stock market is off a little bit. But after the run we’ve had in recent weeks, it’s hardly a blip. And we’re also seeing interest rates rising, signaling less confidence in the federal government. I think probably one of the bigger moves is in gold. Gold is hitting all-time highs yet again, and I think that reflects a sentiment that governments in general lack stability.

Vanek-Smith: The price of oil is down as well this morning, right?

Coronado: Yes, and that’s probably reflecting some economic concerns. And of course one of the big questions is what impact does that have on the recovery? And it is true that no matter what is agreed to in Washington, we’re losing federal support. And so we have the lack of that boost to the recovery, and it’s just yet another headwind facing the U.S. But I think if we avoid a government shutdown, the implications are very gradual and drawn out over time.

Vanek-Smith: Will this debate do any long-term damage to Treasury bills, assuming that they are able to resolve it?

Coronado: The world is changing — we’re entering an era where the U.S. is driving growth, and it isn’t the dominant one. While the dollar is still the reserve currency, the U.S. economy isn’t at the center of the world anymore. I think this is just one indication of that — it’s important, though, the policy members retain the credibility and discipline so there isn’t a more disorderly damaging reaction, loss of confidence — in the U.S. as a place to invest. It’s very important that they continue to take the right decisions.