Steve Chiotakis: A deal could be inked as soon as today between NFL owners and football players, who’ve been locked out of team offices for four months now. The two sides have been embroiled in a labor dispute. Because no games have yet been cancelled, the lockout hasn’t affected much outside of the league. But it has done a number on Vegas gambling depleting sports-betters in Sin City of potentially tens of millions of dollars.

Chad Millman is editor-in-chief at ESPN the magazine, and he’s with us from Bristol, Conn. Hi Chad.

Chad Millman: How are you?

Chiotakis: I’m doing well. We’re still weeks away from the start of the NFL season — why are we talking about lost money in Las Vegas?

Millman: Because what happens in Las Vegas is, when the schedule is made in April, that’s when bookmakers put up the Week One lines. People can start betting those immediately. And what’s happened is, because of the lockout, they haven’t been able to put up the Week One lines because they didn’t know if there was going to be a season. And there’s just been a lot less action because people don’t want to tie their money up or make investments on a team if there isn’t going to be a season.

Chiotakis: What kind of lost money are we talking about, roundabout figure, in Vegas?

Millman: The smaller books probably lost $1 million total. Plus you’re talking about the trickle-down that happens when people come in to bet on their favorite team, they also might make a bet on a major league baseball game that just happened that night, or an NHL playoff game. Think about some of the bigger books — you can double that. So if you multiply that by all of the sports books that are in Las Vegas, then you’re talking about $10 million total.

Chiotakis: You think odds and bets will be any different because of this lockout?

Millman: Long-term, absolutely not. But I think initially, there are these bets called the over-unders and the totals. What happens if you bet on the total number of points that will be scored in a game. Teams might not be up to speed because they haven’t had the past four or five months to really work together to build a chemistry. So the totals will be much lower than they normally are, and I think a lot of people are going to try to take advantage of the fact that you’ll see numbers that much lower than they normally have been to start a season.

Chiotakis: Do bookies already have their odds ready? How soon after this lockout ends, presuming it will end?

Millman: Instantly. Some guys just have to push a button; some places might be more judicious with their studies and might wait to see where some of the bigger name trades that have been talked about, how those play out, before they put up their season win totals. And certainly Week One lines, those will be ready to go instantly.

Chiotakis: Chad Millman, editor-in-chief of ESPN The Magazine. Chad, thanks. 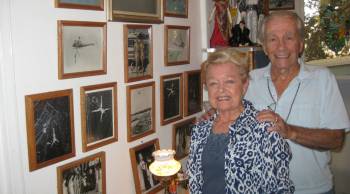