Italian Premier Silvio Berlusconi says the government will bring forward the timetable it has for a raft of austerity measures, designed to prevent the Euro zone’s third biggest economy from getting embroiled in a debt crisis that has already seen three countries get bailouts.

Another day, another negotiating session between the White House and Congressional Republicans. The two sides are trying to find common ground on a deal that would raise the nation’s debt limit. So far, they’re stuck on tax increases. Which the GOP says is a non-starter.

The U.S. trade deficit shot up in May. To the highest level since late 2008. Mostly because of the higher price of oil imports.

Corn supplies are projected to be higher than expected this fall. A bigger crop would ease concerns of a grain shortage and could slow food inflation later this year.

Alcoa has kicked off corporate earnings season with an announcement that its profit more than doubled last quarter. The aluminum giant says strong growth in Asia is making up for sagging demand in Europe and North America.

Czech car company Skoda is out with a new campaign. Asking people to test-drive one of their cars. And at the same time, find a soulmate. It’s launched a website which asks users to enter social network information, their likes and dislikes. Then Skoda matches people. And invites the pair to go on a test drive together. Maybe the two people will fall in love, buy a Skoda and ride off into the sunset. Or maybe they’ll have nothing in common, fight over the climate control system and buy a Peugeot instead.

To the Round Valley State Park in New Jersey. Well, across the street from it, anyway where one resident is having a tough time with Google maps. The online map site is directing people who want to visit the state park into her driveway, instead. Last summer, she had to put up four signs telling people it was a private drive. A Google spokesperson told the Star Ledger the company is on the case. But it might be a while before the problem is fixed. But the homeowner is taking matters into her own hands. She has spent $125 on an eight-foot traffic barricade and a sign that says: NOT Park Entrance. Private Driveway. Google Maps is Wrong. 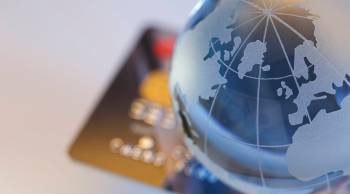