Kai Ryssdal: The traditional Chinese “Hey, how are ya?” greeting on the street is kind of interesting. Chi fan le ma? Have you eaten yet?

It’s about how central food is to Chinese culture — but business, as well. And it helps explain why we spent an afternoon last month eating spicy Sichuanese hot pot in Chongqing with a guy named Wang Renqing.

Translator for Wang Renqing: He wishes us a Happy Dragon Boat Festival. And we’ll have to eat sticky rice later.

Hot pot is the specialty in this part of Sichuan province. It’s oily and delicious and uses a tongue-numbing Sichuanese peppercorn that’s about as addictive as anything I’ve ever had.

I asked Mr. Wang as I chewed on my cow stomach — which is crunchier than you’d think — about China’s amazing economy, and whether he thinks it can continue.

Translator: I’m not going to worry about it. The Chinese economy develops smoothly and the Chinese customer spends money with sense, so I’m not worried about that.

Translator: It could be faster if we don’t control it. The market is huge enough to develop a lot more.

His niche in a crowded hot pot market is something called black food. Don’t ask me — something to do with water and the kidneys. Supposed to be good for you.

Translator: If you eat black food, your hair will get black.

Ryssdal: Will it at least not go gray?

Translator: The biggest change, Mr. Wang has been saying, is that the pockets of the ordinary people have been swollen, which means they’ve been making more money, and they can afford to go to restaurants.

So his pockets have been swollen too.

Translator: If it affects China, it will affect the whole industries in China. People need to eat even in wartime, so food market is huge.

Translator: He quoted Chairman Mao, saying, if you are eating spicy food, you will have firm revolution determination.

Chairman Mao aside, Mr. Wang is a devout capitalist. He believes in the market and the unlimited potential of the Chinese consumer. He has, you could say, unbridled optimism. 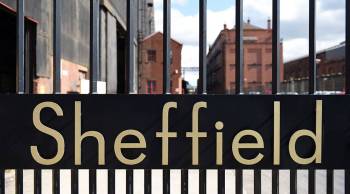