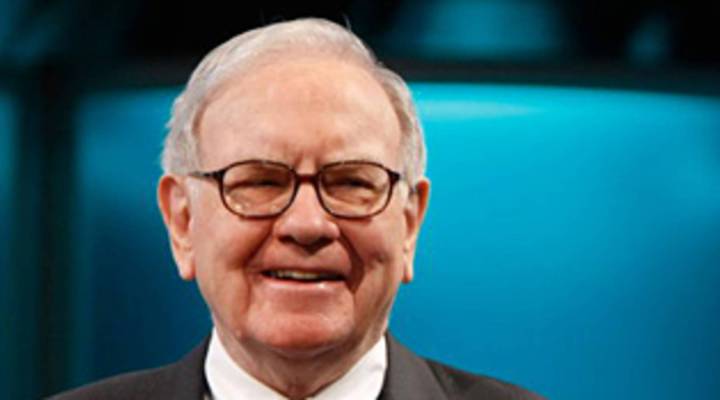 Why investing like a girl is a good thing

Why investing like a girl is a good thing

Tess Vigeland: There’s a reason Warren Buffett is known as the Oracle of Omaha. He’s a hugely successful investor who seems to be able to read the future. So what if I told you that one of the secrets of Buffet’s financial success is his feminine tendencies? Like patience and risk-aversion.

That’s how author LouAnn Lofton came to the theory of her new book, Warren Buffett Invests Like a Girl: And Why You Should, Too. Welcome to the show!

LouAnn Lofton: Thank you for having me.

Vigeland: This book title is awfully provocative, but what it is is very complimentary to girls.

Vigeland: And you actually told Warren Buffett that he invests like a girl, right? What was his response?

Lofton: I did, I did. Well I felt pretty sure that he would, for one thing, get a kick out of it. And for another thing, I felt pretty sure he would think of it as the compliment I intended it as. He said, ‘well you’ll have to read her book to see all the criteria she uses, but I would say I probably plead guilty to that.’

Vigeland: So how exactly do women invest? What are some of the characteristics of us that distinguish us from our male counterparts?

Lofton: Well for one thing, we don’t trade as much. We’re more patient. We tend to buy and hold for the long term. We also are naturally more risk-adverse; that’s something that’s not only a characteristic of women when it comes to investing, but in other aspects of life. And we’re actually better at managing our emotions than men are. I know that sounds controversial. Vanguard did a great study that showed when the market was tanking — when things were just at their bleakest back in the fall of 2008, beginning of 2009 — women held. We did not panic and sell, whereas more men actually did sell at the very bottom of the market — the exact wrong time to do something like that.

Vigeland: So when we talk about the lack of testosterone, obviously Warren Buffett has plenty of that. So how do you draw the line between how he invests and how women invest? And how did he explain that to you?

Lofton: When you look at a guy like Buffett, what you really see is the exact opposite of what we’ve come to expect from Wall Street. He’s not out there frantically trading, he’s not driven by ego, he’s not driven by this competitive desire to slaughter the guy in the cubicle next to him on the trading floor. And he’s not taking a lot of risks. All those traits tend to actually be more feminine than they are masculine.

Vigeland: In the book, you pull research from a number of scientific and psychological studies on male and female investors. Give us kind of a rundown of some of their main conclusions.

Lofton: And they did it with styles that were more consistent — that is to say, they weren’t constantly chasing the latest investment fad or the latest investment trend, the new hot thing. They were sticking with their knitting, essentially. They picked a style that worked for them, and they were therefore able to generate more consistent returns over time, which is really important when you’re looking at past performance, you know. We always say it’s not an indicator of future performance, but in this case, it actually is something you can point to.

Vigeland: I have to ask, what kind of feedback have you gotten about this book from men in general? Are they not happy to see this? Do they understand or are they like, ‘who are you to tell me?’ In other words, are they emotional about it?

Lofton: They get very emotional, yes. I am sorry to say, but they do. Of course they all smirk about it initially and then, I’ve had several say, ‘you’re right; I am in the investment management industry and I can tell you after years of working with male clients versus female clients, they just do better. The females just get it better.’ Or they’ll say, ‘my wife, when she got involved in helping me make decisions for our family, when it comes to investing, our lot in life improved.’

And then, there’s the flip side of that, where I’ve certainly had men get very defensive.

Vigeland: ‘How dare you?’

Lofton: Yes. Exactly. You know, to them, my suggestion honestly is, OK, that’s fine. That’s fine if you don’t want to invest like Warren Buffett; that’s fine if you don’t want to pattern yourself after the greatest investor the world’s ever known. But here’s my suggestion: buy the book for your wife, buy the book for your daughter. And then in three years, when they’re beating the pants off of your investment returns, it’s OK, sneak in the back room, pick it up, read it — we won’t tell anybody.

Vigeland: The gauntlet has been thrown, I love that. LouAnn Lofton is a writer and editor for the Motley Fool and her new book is Warren Buffett Invests Like a Girl: And Why You Should, Too. I love this. LouAnn, thanks so much.