President Obama spoke today, urging for more hiring in the private sector. Obama is relying on tourism and green energy, but it could take another round of stimulus, some economists say. More and more companies are being hit with cyber attacks; now is the time to figure out how to best handle the consequences. New numbers show that Facebook has lost a number of users recently. We heard about how the art and science of selling food can be redirected to fight obesity, and about the well-funded Mexican drug operations along the Southwest U.S. border. And Kai spoke with former GM vice chairman Bob Lutz about the company and his new book, Car Guys vs. Bean Counters: The Battle for the Soul of American Business. Here are the songs we played: 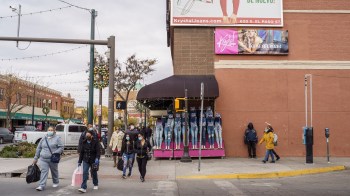