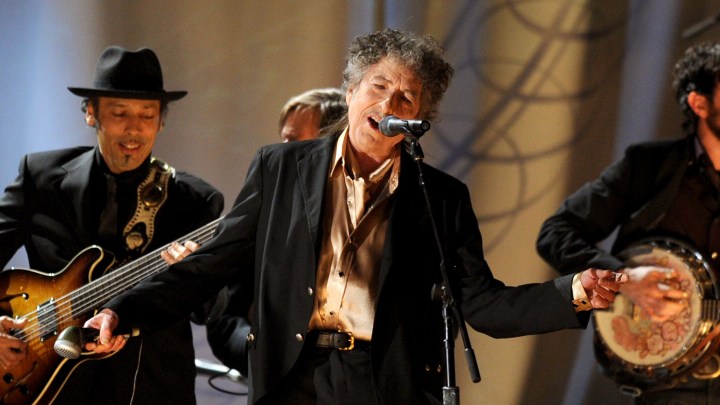 It may be the biggest music publishing rights deal ever made, worth an estimated $300 million: Universal Music Publishing Group has signed a deal to buy Bob Dylan’s entire music catalog. Stevie Nicks recently closed a deal to sell a majority stake in her catalog.

So what’s going on here? Legacy music has a lot of value.

People have watched the world change through Bob Dylan’s music. And Dylan watched the music business change. When he started out in the ’60s, the money was in album sales. Then concert tours. Now?

“That equation has sort of gone upside down in recent years,” said Larry Miller, a professor of music business at New York University. These days, he said, it’s all about licensing for commercials, movies and covers. And a lot of singers cover Dylan. The pandemic is boosting the value of digital everything, including streaming.

“For artists who have been creating great work with a fantastic earnings history for many decades, now is an excellent time to sell,” Miller said.

That’s not the only kind of timing that matters here, said Marcus Thomas, who chairs the music industry department at the University of Hartford.

“The reason you may see this with a legacy artist — I hate to be morbid, but obviously, you know, they’re legacy artists,” he said.

Dylan is 79 years old. So maybe now’s a good time to figure out how his music will live on after he dies. The slog of administrative work that comes with licensing isn’t a great gift to leave family members.

“Register copyrights, pursue licenses, track down the royalties,” Thomas said. And on and on. So instead of all that — maybe Dylan wants to leave his heirs with hundreds of millions in cash.