JEREMY HOBSON: Now to a court case involving a popular hair treatment. The Brazilian Blowout company is being accused of lying about toxic chemicals in its products.

EVE TROEH: The Brazilian Blowout started as a Hollywood secret to smooth, straight hair, and became a craze at salons around the country.

VIDEO MONTAGE ONE: $507 dollars — My hair is smooth and silky.

VIDEO MONTAGE TWO: Takes out, like, the frizz and the pouf.

But Stacy Malkan at the Campaign for Safe Cosmetics would like these customers to know:

STACY MALKAN: We don’t need to be putting cancer causing chemicals on our heads in order to be beautiful.

Government tests found illegal levels of formaldehyde gas in salons that use Brazilian Blowout. The company’s ads say the treatment is formaldehyde-free.

David Michaels at the U.S. Department of Labor says yes — when it’s in the bottle.

DAVID MICHAELS: When it hits the air, it becomes formaldehyde, so if you’re nearby, you breath formaldehyde.

His office issued a warning to salon owners to stop using the product. And several lawsuits have been filed around the country. All those cases will now be consolidated in Los Angeles. 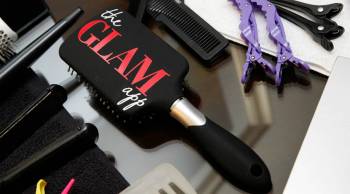