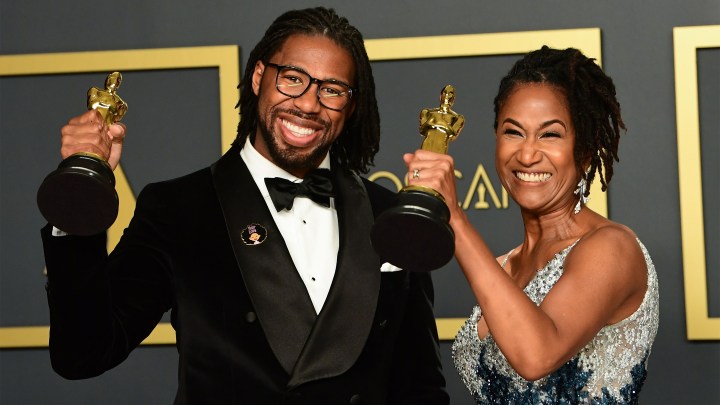 New anti-discrimination laws came under the limelight during the Oscars ceremony when “Hair Love,” a story about an African-American dad who learns how to do his daughter’s hair, won the award for best animated short film. Accepting the Oscar, writer and director Matthew A. Cherry urged the nationwide adoption of laws preventing discrimination based on hairstyle and hair texture.

Such laws, known as Crown Acts (the acronym is Creating a Respectful and Open World for Natural Hair), have been passed in California, New York and New Jersey and been proposed in more than 20 states and in Congress.

Los Angeles-based writer and editor Liz Dwyer vividly remembers what her dad said when she decided to end decades of straightening her hair to wear her natural curls.

“That if I did this, that I would never get a real job, ever again,” she said.

Dwyer took it as a legitimate concern. Like many black women in America, she’s dealt with scrutiny of her hair at work.

“Sometimes it’s subtle,” she said. “You come in with your hair super straight and your boss says ‘You know, this looks so much better.’ But it’s letting you know that the standard of professionalism is that your hair be straight.”

Only three states have passed Crown Acts, California, New York and New Jersey. Angela Onwuachi-Willig, the dean of the Boston University School of Law, said some courts elsewhere argue that because hair style is changeable, it’s not a matter of racial discrimination.

“Courts have responded by saying ‘You can change your hair,’ without understanding that these hair styles are precisely what allow African-Americans to keep their hair in the same texture that it grows out of their head,” she said.

A 2017 study by the Perception Institute, which studies implicit bias, found a majority of the 4,000 participants — of all races and genders — held some bias against women of color based on their hair.

“Even though our explicit values may have changed, our implicit attitudes were still well behind,” said lead author Alexis McGill Johnson, currently also the acting president of Planned Parenthood.

Those attitudes often get internalized, said McGill Johnson, who admits she still usually wears her own hair straight for work.