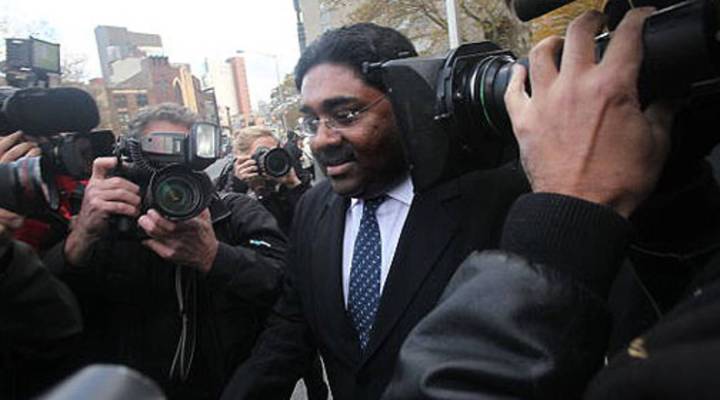 Government gets tougher on insider trading

Government gets tougher on insider trading

Jeremy Hobson: A major insider trading case on Wall Street moves into its next phase on Monday. That’s when hedge fund billionaire Raj Rajaratnam will mount his defense in court.

As Marketplace’s Stacey Vanek Smith reports, in its recent crackdown on insider trading the government is relying on good old fashioned phone taps for evidence.

Raj Rajaratnam: We know — because one of our guys is on the board — we know that they’re going to put $41 million in escrow.

Joe Grundfest: Some of the most powerful evidence that the government’s presented has been Mr. Rajaratnam’s own voice on recorded conversations. Mr. Rajaratnam has, in effect, testified against himself.

Joe Grundfest teaches corporate governance at Stanford law school. He says the government has stepped up its game against insider trading, using techniques that had been reserved for organized crime. And that has sent shockwaves through Wall Street.

Grundfest: The government is being more aggressive in building its cases by using wiretaps and other forms of evidence. And there’s no doubt that people will change their tactics in response to the government’s evolving enforcement techniques as well.

Whether bad behavior on Wall Street really changes could depend on whether the government can get its cases to stick. If convicted, Rajaratnam faces up to 20 years in prison.