Kai Ryssdal: We begin this next item with a definition. “Botnet” is the word in question. It’s a noun, sometimes capitalized. A network of computers infected by a program that sends unsolicited emails, attacks websites and reaps all sorts of other digital mayhem.

Steve Henn: You can think of a botnet is to imagine an army of zombie computers under the control of an evil spamming mastermind. Rustock was really a network of roughly a million PCs that had been infected with malware, and then could be commanded to send out spam.

Richard Boscovich: That’s a great analogy really, because a zombie doesn’t have a mind of its own.

Richard Boscovich is a lawyer at Microsoft’s Digital Crime Unit, which led the fight to take down this spam-spewing monster.

Boscovich: So the idea was we had to locate where the command and control center was, how it was being operated and sever that connection.

Boscovich wanted to lob off the zombie’s head, so he filed suit against the unnamed operators of Rustock and then started looking for allies. He found one at Pfizer.

Patrick Ford: Viagra is probably the number one spammed product out there.

Patrick Ford is head of global security at Pfizer and a former FBI agent. Working with Microsoft, he made drug purchases based on Rustock spam.

Ford: The results of those buys were either counterfeit product, meaning it looked like Pfizer, or it was unapproved product that was made in India or shipped into the United States.

But even though Rustock’s head has been chopped off, a million infected zombie computers are still out there waiting for their next command.

Check out a comic of Microsoft’s takedown below: 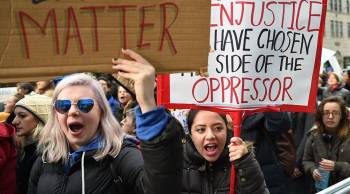