Homeowners who lost their homes because of the "robo-signing" paperwork mess could be getting some hopeful news.

Homeowners who lost their homes because of the "robo-signing" paperwork mess could be getting some hopeful news.

Homeowners who lost their homes because of the “robo-signing” paperwork mess could be getting some hopeful news.

A report in Wednesday’s Washington Post says banks and lenders are in negotiations with states to set up a fund for people who can prove they lost their home in a foreclosure that shouldn’t have happened.

It would be similar to the one for victims of the BP oil spill and the terrorist attacks of Sept. 11, 2001.

There are a lot of unanswered questions about size of the fund, who would administer it, what kind of proof homeowners would have to present to get access to the money and how soon they could get relief.

But Richard Dekaser, an economist with the Parthenon Group, says it could be good for all sides.

“I think it’s a win-win,” Dekaser said. “For people who have been wrongfully foreclosed [on], it gives them a venue to pursue an efficient and streamlined process of getting damages.”

He adds: “On the other side, the lenders who have been going through an excruciating media experience get to finally take this off the front page.”

Timeliness for receiving aid would be a key factor for victims of foreclosure, who often need to immediately find an affordable place to live. And further delay could have a damaging ripple effect on the economy, banking industry and real estate market.

Employees or contractors of several major banks have testified in court cases that they signed, and in some cases backdated, thousands of certifying documents for foreclosures. Major banks including Bank of America Corp., JPMorgan Chase Co. and Ally Financial Inc.’s GMAC Mortgage have halted foreclosures at some point because of flawed documents.

Federal and state regulators, including the Federal Reserve and attorneys general in all 50 states, are investigating whether mortgage companies bypassed legally required steps when they took steps to foreclose on homeowners.

And today, Marketplace has confirmed news reports that the office of the inspector general at the Federal Deposit Insurance Corporation is investigating, with the help of the Federal Bureau of Investigation, as many as 50 former bank executives from banks that failed during the financial crisis for criminal wrongdoing.

Crimes such as “lying to regulators, misappropriating assets … evidence that the bankers were lining their own pockets,” are among those the FDIC may be investigating, Georgetown law professor Don Langevort told Marketplace reporter Stacey Vanek-Smith.

Iowa Attorney Tom Miller, who is leading a joint, 50-state investigation, told the Post that a final agreement on the foreclosure relief fund may still be a few months away, as the parties sort through the details of the fund and how it would work. 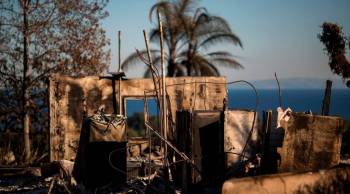