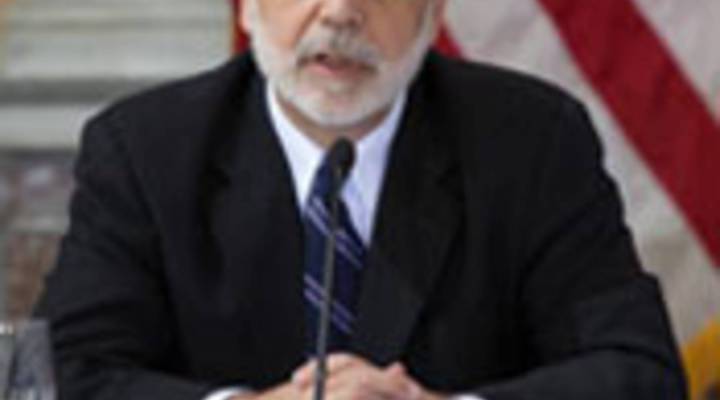 STACEY VANEK SMITH: Quantitative easing is all about bonds.

SMITH: Not that bond, but the same coming-to-the rescue idea. The Federal Reserve buys up treasury bonds and other bonds from banks and prints money to buy them. That’s supposed to get the ball rolling says money manager and author Stephen Leeb.

STEPHEN LEEB: Banks will have more money to lend, interest rates will stay low, will go down and both those factors will hopefully lead to stronger economic growth.

Typically the Fed’s role is to raise interest rates to control inflation, or lower them to spur spending. Now that interest rates are near zero, the Fed Chairman Ben Bernanke has to try something else. Karen Petrou is with Federal Financial Analytics. She says Quantitative Easing is an extraordinary measure.

KAREN PETROU: This is not what chairman Bernanke wants to see the fed doing, it’s what he thinks he has to do.

Bernanke tried Quantitative Easing once before, during the financial crisis.