Kai Ryssdal: For all that die-hard bibliophiles say they will never ever give up their actual printed books, they may be fighting a losing battle. E-book sales are up 118 percent this year over last. The number comes from to the Association of American Publishers. You don’t have to buy your e-books though. Public libraries will let you borrow them for nothing. Not without some fine print though.

Gigi Douban reports from Birmingham, Ala.

Gigi Douban: The circulation desk at the downtown branch of the Birmingham Public Library is humming with activity. And long after the library closes for the day, dozens of users will continue to check out books — from home.

The county’s libraries last month launched an e-book collection. Users check e-books out for a couple of weeks by downloading onto a computer or an e-reader. Pat Ryan is director of the county library system.

Pat Ryan: And there are no late fees, no trip to the library, the book expires after the date.

But there’s a hitch. Library e-books don’t work with two of the biggest e-readers — the Amazon Kindle and Apple’s iPad. Analysts put Amazon’s share of the e-book business as high as 90 percent. And giving away free downloads at the library would cut into that share.

Ryan: We’ve had a lot of requests for the Amazon, does it work on the Kindle, and we would love for it to, but they don’t allow anything but the books that they sell for their e-reader.

So that leaves the Kobo and the Nook and other less popular e-readers. As for Apple and Amazon, they’re not in any hurry to jump on board with libraries. A library usually buys just one copy of an e-book, maybe two if it’s a bestseller. Then thousands of people borrow that same copy.

Digital piracy is a real concern among publishers. In one instance, Bryant’s company found 700 illegal copies of a single book online. And Bryant says book sellers don’t want to mess with a business model that works for them.

Bryant: I think that’s more the case with Amazon, Apple, is that we’re succeeding on our own. If we introduce a third party, an open door, not so much the fear of losing control, but just introducing those variables would not be good to our business model.

Amazon confirmed that library books can’t be downloaded onto the Kindle, but declined to be interviewed for this story. A spokesman for Apple said the only way library books would work on iPads and iPhones is through an app. Right now, there isn’t one available.

Still, many publishers, including Bryant, say having their books on as many virtual shelves as possible — including a library’s — outweighs any potential risk.

Bryant: It’s portable and that’s the big thing, you’re meeting the consumer where they are. And that’s very appealing to publishers, bookstores, libraries.

For their part, libraries seem willing to work with booksellers. After all, the digital age is about immediacy. So if you’re 27th on the waiting list for “The Girl with the Dragon Tattoo,” the library plans to add a “Buy it Now” button. 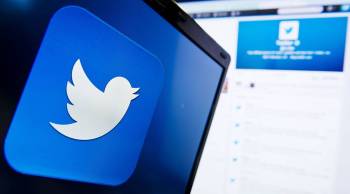