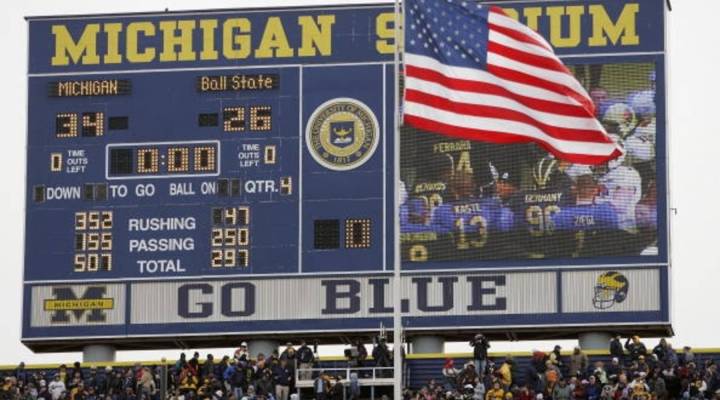 The University of Michigan has football bragging rights even before the season begins. The school announced today that at the start of football season their stadium, The Big House, will seat 109, 901, making it the largest football stadium in America and the third largest in the world.

The stadium renovations will cost $226 million and should be complete by the end of the summer.

We know places like Michigan and Texas are serious about their football and obviously see a great return on an investment like increasing capacity at one of their marquee football stadiums. Skip Saur over at The Sports Economist has a nice post aggregating some updates on well known stadiums and the perceived value of those updates to the organization, city or in some cases the country. Check it out here