More From This Show
0:00 / 0:00
Marketplace has a new podcast for kids, "Million Bazillion!" EPISODE OUT NOW
China: 1-Child Policy

Cast of characters: The anthropologist

Cast of characters: The anthropologist

This much I knew, going into this project: Schoolhouse Rock did not apply. The history of the one-child policy is not recorded as a bill or a law. No minutes of key meetings exist, at least to the public. This is China.

A key resource I turned to in reporting the one-child policy history piece is a book by an American academic on the origins of the policy. Just One Child: Science and Policy in Deng’s China is written by anthropologist Susan Greenhalgh at the University of California, Irvine.

Greenhalgh calls the 1980 one-child policy “a gigantic social experiment” in China. And yet she writes the policy inputs — the ingredients — are not wholly Chinese: Beijing leaders imported “alarmist population science” from the West, namely an influential group known as the Club of Rome. The club in 1972 issued a controversial paper, “The Limits to Growth:”

“If the world’s consumption patterns and population growth continued at the same high rates of the time, the earth would strike its limits within a century.”

The earth would strike its limits

Greenhalgh writes Chinese leader Deng Xiaoping’s regime employed the notion of population control to achieve its economic goals. In the late 1970s, Deng inherited a very poor China per capita, she writes, and he sought to improve people’s lives to secure his political legitimacy.

But how to get there? What specific policies? Just one Child profiles a key player in the process: not an economist or a demographer, but a missile scientist named Song Jian. Greenhalgh writes that Song, as a member of the strategic defense establishment, held the trust of top leaders. And at key population control meetings, he “wowed” the audience with high-tech computer projections suggesting restrictive birth policies could alter China’s population destiny.

Greenhalgh writes Song Jian applied rocket-science formulas to population projections in advocating for strict birth controls. The formulas were identical, only the inputs changed. “For everyday language, we can say Song Jian treated population like a missile, treated people like missiles,” she says. “It was a profoundly dehumanizing process that he engineered.”

Song’s new math, Greenhalgh argues, was flawed for the “flimsiness of its empirical foundations.” There were no reliable data on population at the time. And, she says, the rocket-science approach ignored real-life human consequences. Many Chinese families in the countryside found it “unthinkable” at the time to have just one child. Chinese critic Liang Zhongtang made that counter-argument in key meetings, but Song won the day.

On the Chinese political continuum, Greenhalgh describes Song’s group as hard-line. It favored the strict, mandatory one-child policy — not a voluntary or two-child alternative also discussed — that eventually prevailed in September 1980. In internal debates, leaders acknowledged the demographic risks — that one-child only might create a future shortage of workers and soldiers, and that there would not be enough people to care for the elderly. But those were deemed secondary issues: economic growth was job one.

In the years after the one-child policy was adopted, Greenhalgh writes, Chinese leaders realized it was a “terrible mistake,” referring to the brutality of the enforcement, and the effect on Chinese family and culture. But they could not admit it to the Chinese people, she says, one reason the origins of the one-child policy have been “black-boxed” in China.

Of course, the official line in Beijing is the one-child policy has worked, and will remain for several more years. And, 30 years into the policy, many Chinese couples don’t even want two children.

Just One Child: Science and Policy in Deng’s China. University of California Press, 2008. 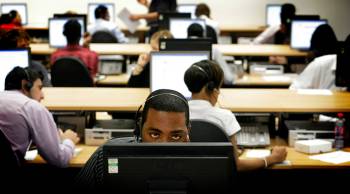