Searching for a real job on Craigslist

Searching for a real job on Craigslist

So Barb was telling us how she actually wants to keep working, even as she approaches retirement age. It’s an easier decision to make when you love what you’re doing and when you feel like you’re utilizing your talents. But some talents — and interests — don’t exactly fit into the typical career box, which is where Craigslist sometimes comes in.

Richard Conniff: What interests me on Craigslist are the jobs with the potential to tap my tremendous, though, so far wonderfully disguised, career potential. Thus, I spent one recent meeting using my iPhone to decide whether I should become a caretaker for a Buddhist monastery on the coast of New Zealand (“Perfect for a service-oriented person interested in self-development, peace and wisdom”) or a pub-crawl promoter in Prague where the Zen seemed to be mostly about finding the sweet spot between strolling and staggering.

I applied to become a Zakelijke Uitdaging in Amsterdam, basically because it sounded so cool. Then, I found out that it actually means “business challenge” in Dutch. And since my colleagues assure me that I am already a business challenge, this would be a lateral move.

Apart from language issues, it’s important to keep a few caveats in mind: Any job advertised as “high class” usually requires you to get naked, or cheat grandmothers — possibly both at the same time. Also, beware that many Internet job offerings make no sense, like the one seeking “hard-working college students” or another headlined “Rock Stars Wanted!” followed by the words “must pass drug screening.”

Compensation may be a problem. One ad offering “Intern Position at Organic Farm” promised “$200 at the end of 120 hours.” Translation: “Indentured Servant Wanted for Stoop Labor (other leafy greens negotiable).”

An ad seeking parents of suicidal teenagers for a scientific study offered $20 an hour “PLUS PLUS PLUS a complimentary CD with images of your brain.”

But I hear myself being negative. This is my cue to spend a little more workplace time polishing my “Personal Mission Statement” and practicing “Positive Career Management Visualization.” That way, I will be ready when the right job turns up on Craigslist. Just now, for instance, I spotted a “Casting call for a zombie movie” in New Jersey, which would have been perfect, except that I am apparently too old to play someone who has recently been dead.

Still, I remain “confident and self-assured,” because I know that the opportunity of a lifetime is just another 30,000 clicks away.

A print version of Richard Conniff’s commentary appeared in the May issue of Smithsonian Magazine. Your thoughts? Go to Marketplace.org and click on “Contact.” 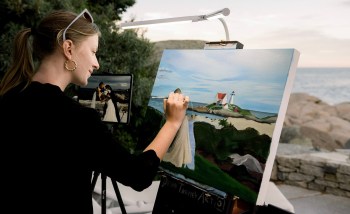