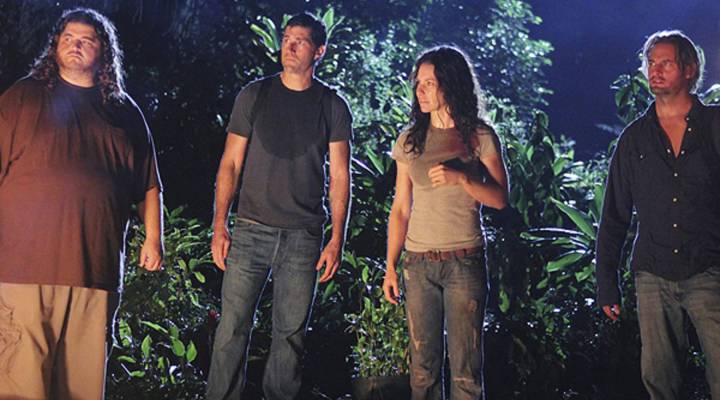 Will ‘Lost’ retain a cult following?

COPY
A scene from the season finale of Lost, which ends its run on Sunday May 23 Courtesy of ABC

Will ‘Lost’ retain a cult following?

A scene from the season finale of Lost, which ends its run on Sunday May 23 Courtesy of ABC
Listen Now

Kai Ryssdal: Here’s a flash-forward to what’s sure to be a hot question around the office watercooler Monday morning. People are going to be asking, “Hey, did you guys see that last episode of “Lost” last night?”

The ABC monster-hit went on the air almost six years ago. It goes off this weekend. The story of an airplane crash on what turns out not to be a deserted island. The plot has had more twists than the health care bill did.

“Lost” has what you could safely call a devoted fan base. But Nancy Farghalli reports the series might not have the afterlife of earlier cult television favorites.

Nancy Farghalli: This is the sound of passion.

Well, passion for a TV show.

Chancey is a Lostie. And she’s here in Los Angeles with more than 70 devoted fans from across the country. Some spent more than a $1,000 to attend this fan convention. Up first, an opening night cocktail party. And those wine bottles now carry a Dharma wine label. Bear with me here if you don’t watch the show. The Dharma Initiative is the name of a secretive group from “Lost,” and it’s just one of the many mysteries of the show that keeps fans hooked. Like Caren Chancey.

Caren Chancey: Whether you like something, whether you want to pick at a detail, they give us so much to talk about.

Like an episode a few weeks ago. Fans have been picking apart one scene. A character suggests that some of the show’s mysteries will forever remain unsolved.

LOST CLIP: Every question I answer will simply lead to another question.

But one thing’s for certain. “Lost” made ABC and its parent company Disney millions from advertising and DVD sales. Then there was the free PR — from websites, podcasts, and message boards.

Michael Schneider is the TV editor at Variety. He says “Lost” came of age in a multimedia environment.

MICHAEL Schneider: In this age of online media, blogs, and message boards and what have you, it has become much easier to turn a show into a cult show.

But, Schneider says Lost’s popularity during its run might be the reason why the show won’t flourish after it ends. Every plot detail has been debated across every imaginable medium: books, podcasts, Twitter, Facebook. The show even had a parallel series that aired on cell phones. Schneider says cult favorites — like the “X- Files” and “Star Trek” — had room to grow in other formats, like movies.

So what do the executive producers of “Lost,” Carlton Cuse and Damon Lindelof, think about the show’s staying power?

Damon LINDELOF: So much of the fandom is catalyzed by this idea of what’s happening. The question just becomes once we are done telling the story — are they still going to be getting together now asking, rephrasing the question: so what happened?

And Lindelof and Cuse have made it clear there will be no new material after the show ends from them. No movies. No “Lost High School Musical.” No “Lost the Next Generation.” Cuse says they are done.

CARLTON Cuse: We actually got to do what very few people in television get to do, which is tell a story from the beginning, middle, and an end. The end part is usually what’s missing.

But Disney actually owns the rights to “Lost,” so that “end” might one day eventually become material for a sequel or two.