Stores offer less so we can spend more

Stores offer less so we can spend more

Kai Ryssdal: A report out today gives pause to the “Hey, American consumers are buying again!” theory of economic recovery. MasterCard says retail sales fell in April. To be fair, that’s after three straight months of increases, but it’s enough to make people worry that shoppers are still kind of skittish. Retailers surely know that. They’re adapted, trying harder than ever to get us to spend. And they’re doing it by offering less.

Adam Allington: In economics they call it the “paradox of choice,” the idea that a shopper, when faced with multiple options tends to obsess about which item to choose, and is consequently less satisfied with the item they do pick.

Take for instance my ongoing quest to purchase new light fixtures for my kitchen.

Morgan Ward studies consumer behavior at the University of Texas. She says this issue of too much choice is at the heart of huge changes in retail shopping.

MORGAN WARD: Generally customers say they want more stuff to choose from, but what we know from observing how customers deal with products is that they’re actually are better off with less choices.

Better off because fewer choices mean customers spend less time searching and tend to be more satisfied with the final purchase.

The idea spread during the recession, when retailers were forced to scale back. Even mega-retailer Wal-Mart announced plans to eliminate some 15 percent of the items in its stores.

Ward says the process of better understanding one’s customers pushed companies to go with their strengths, at a time when many retailers were trying to do too much.

WARD: If you’re a generalist, you really get lost in the crowd, oftentimes you’re not serving anyone that well, and so you’re not on any customers top three. So you’re K-Mart essentially, right; you didn’t figure out what your customers wanted and people slowly phased you out.

And it’s not just big-box stores who’ve gotten on board with the “less is more” idea.

Lorraine Schuchart is the Head of PR for craft supplier Jo-Ann Fabrics.

Lorraine Schuchart: The retailers were just trying to give the customer everything, and I think now we’re trying to find out what it is that they actually want and let’s not give them 20 selections when they really only want three.

And it’s not just a matter of removing items from shelves; Jo-Ann’s is completely redesigning 75 of its locations this year.

So far, Schuchart says the new stores are outperforming the old ones by 12 percent.

But how different are these stores really? To test the experience I recruited Allison Rabbit, a St. Louis crafter who makes and sells oven mitts.

Allison regularly shops at Jo-Ann’s but is often frustrated by the tight aisles and general chaos at her local store.

Allison Rabbit: There’s a lot of stuff jammed into one place, and the way the aisles are laid out doesn’t make much sense. There’s so much fleece, even in the summers it’s fleece up to the ceiling. How much fleece do people need?

For comparison sake, I took Allison to the only redesigned Jo-Ann store in the St. Louis area way out in the suburbs.

Rabbit: Wow, look at that aisle, I think it’s easier to get around, you know because aisles are much more wide open. I see the word “home” back there, like “home stuff.” They have signs up saying what is where.

After about 10 minutes, Allison emerges with the bolt of fabric she was looking for declaring the new Jo-Ann’s a roaring success.

This “less is more” trend won’t exactly roll out overnight. But retailers like Target, Old Navy, and 7-Eleven have launched pilot programs to redesign stores.

And Wal-Mart is spending billions of dollars over the next five years to revamp some 2,500 of its retail locations. 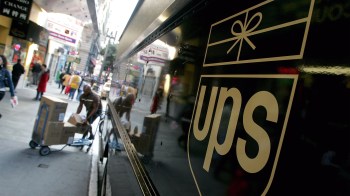