3D TV will be coming at you soon

3D TV will be coming at you soon

Steve Chiotakis: CBS says it’ll show college basketball’s Final Four in 3D at about a hundred theaters, calling it an experiment. Other networks, including ESPN, are in the planning stages of a full-time 3D sports TV channel. It’s all part of the next big thing: television that comes at you. Samsung and Panasonic are already selling 3D sets in the United States. And as Marketplace’s Jeremy Hobson reports, while it’s early, the electronics firms are hoping consumers grab it.

Jeremy Hobson: James McQuivey, an analyst at Forrester Research, says today’s 3D TV market is like High Definition TV was back in 1998, before broadcasters were offering much content.

James McQuivey: There’s almost nothing that you can watch in 3D today.

McQuivey: Gamers are the niche of an audience that you really want to go after if you’re Samsung or Sony, because these are people who stare at the screen in a dark room for hours at a time, and wouldn’t mind putting silly glasses on their head to do so.

About those glasses: All the companies making 3D TVs are making glasses with different technology. So you can’t take your Samsung glasses to your friend’s house to watch her Panasonic 3D TV.

Tim Baxter, president of Samsung Electronics America, says he doesn’t expect that to be a problem as the market matures.

Tim Baxter: I’m quite confident that we will quickly migrate towards an industry standard on glasses.

But even now, he’s bullish on sales.

Baxter: Our view of the industry is that in the U.S. alone, there’ll be somewhere in the neighborhood of 3.5 to 4 million 3D TVs sold this year.

Riddhi Patel: You want an immersive experience when you are looking at 3D TVs. 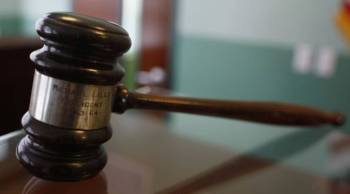 Court TV is coming back. It was gone, you say?