Bob Moon: If times are really so tough for the big health insurance firm WellPoint, why do its corporate bosses seem to be thriving? That was the question from House Democrats today. They say at least 39 WellPoint execs have been paid salaries of a million dollars or more. And the firm spent $27 million in two years on more than 100 executive “retreats.” Now, it wants to boost rates up to 39 percent for its Anthem-Blue Cross customers in California. And the Obama administration says that calls for slapping limits on health insurance costs.

ROBERT REICH: Essentially, there are only two ways to control rising health care costs. Either regulate prices or subject providers to more competition. Unfortunately, the bills that emerged from the House and Senate don’t do much of either.

But President Obama has now come out mainly for regulating prices. The health care bill he unveiled Monday, which he’ll push at tomorrow’s bipartisan meeting, calls for government to set maximum rates health insurers can charge.

Price regulation is always difficult — no matter whether it’s a health insurer or an electrical utility — because regulators have no way of knowing what’s a reasonable rate. Set it too high and companies get a windfall; too low and they can’t stay in business.

So typically, regulators set rates that cover reasonable costs plus a profit. The problem is, these sorts of regulations don’t give companies any incentive to trim their costs and become more efficient. They just pass the costs on, like doctors who charge a fee for whatever services they provide.

That’s why I favor the alternative way to control costs — by way of competition. When companies have to compete for customers, they have a strong incentive to hold down prices and improve performance.

One way to inject more competition into health insurance would be through a public insurance option that private insurers have to compete against. Another way is to remove the health insurance industry’s exemption from the nation’s antitrust laws.

A third way is to give Medicare and Medicaid the power to shop for the best deals, forcing providers to compete not only on prices but on outcomes. A provider that can keep more people healthy at lower cost, regardless of their age or medical condition when they sign up, should get the contract.

No one knows where health care reform is headed right now. Or even if it’s headed nowhere. But the best way to revive it is to focus on controlling costs, and the best way to control costs is through more competition, not more regulation.

MOON: Former Clinton Labor Secretary Robert Reich is a professor of public policy at the University of California, Berkeley. 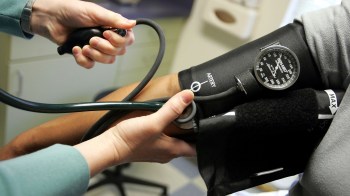