FHA reforms aim to help in the long run

FHA reforms aim to help in the long run

Kai Ryssdal: From the always interesting world of the American housing market, this dispatch today. As Alisa mentioned, housing starts fell unexpectedly last month. That is, the number of new residential construction projects went down about 4 percent. Perhaps a sign of unease among contractors and building companies.

In that vein the Federal Housing Administration has announced that it is going to toughen up on the requirements for the residential loans that it insures. It could be painful for the housing market in the short term. But better for the rest of us eventually. From Washington, Marketplace’s Nancy Marshall Genzer explains.

Consumers with bad credit who want FHA-insured mortgages will have to come up with down payments of at least 10 percent. They’ll also have to pay higher premiums for FHA-mortgage insurance.

Lou Barnes is a mortgage banker in Boulder, Colo. He says this will force banks that offer mortgages backed by the FHA to be more picky about who gets a loan.

LOU BARNES: This will shut off credit access to consumers who theoretically fit the rule book, or might be jammed into the rule book, but who really shouldn’t become homeowners.

And those consumers who do get an FHA-backed loan will have to pay more. The FHA is raising the cost of mortgages just as the housing market is trying to get back on its feet.

KAREN PETROU: We need the FHA to be a prudent part of a recovering mortgage finance system. There’s no easy way out but prudence should dictate policy now.

And the FHA is in a position to dictate. It now insures more than a third of all new home loans.

David Berenbaum is with the National Community Reinvestment Coalition. He says the FHA isn’t inflicting a lot of pain. It’s just weeding out risky borrowers.

DAVID BERENBAUM: I think they’ve found a middle of the road approach that will work for most borrowers.

It will work for the FHA, too. The higher premiums will go toward shoring up the FHA’s reserves, which plummeted during the housing crisis. 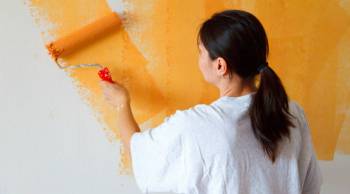