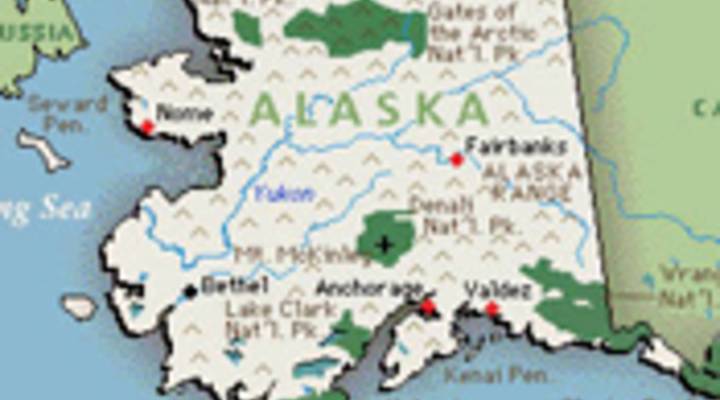 Alaska: Did we get what we paid for?

COPY
A map of Alaska wwp.greenwichmeantime.com

Alaska: Did we get what we paid for?

Stacey Vanek-Smith: This year, a lot of us are watching our holiday spending very closely, and of course bargain-hunting. One of the biggest American bargains of all time, though, at least anecdotally, was the purchase of Alaska. We bought the state in 1867 from Russia for about $7 million.

David Barker is a Professor of Finance at the University of Iowa. He says that bargain is a bust, and we paid too much. David, good morning.

Vanek-Smith: So, Alaska was purchased by William Seward, secretary of State under Lincoln. From what I understand it was about 2 cents an acre, is that right?

Barker: Well, it does. And I first got interested in it as an example to teach in class, of, you know, the best real-estate deal ever in history.

Barker: But the more I looked into it, the weaker it looked. And the way I looked at it was the U.S. taxpayers financed the purchase, and so the return to those taxpayers was any tax revenue that was received from Alaska minus the expenses of governing Alaska. And a lot of the other economic benefits, like trade and other sorts of things, could have been obtained without the purchase.

Vanek-Smith: It’s conventional wisdom that this was such a great deal — Alaska has so many natural resources and other things. Why, ultimately, has this been a loss for taxpayers?

Barker: Well, I think mostly the cost of governing it. Alaska is very expensive to govern, always has been. It’s just, it’s a remote place and the weather conditions make things difficult. There have also been natural disasters, like the earthquake of 1964 that ended up being very expensive for the federal government. And projects like the Alaska Railroad turned out to be much more difficult than anticipated and cost a lot more money.

Vanek-Smith: What about some of the other purchases that we made, or acquisitions that we made? How do those stack up?

Barker: Well it turns out, for example, that Hawaii was a positive net-present-value project.

Barker: The acquisition cost of Hawaii was much lower, we just assumed so debt of Hawaii. And tax revenue has been positive ever since.

Vanek-Smith: David Barker is a professor of finance at the University of Iowa. David, thank you.