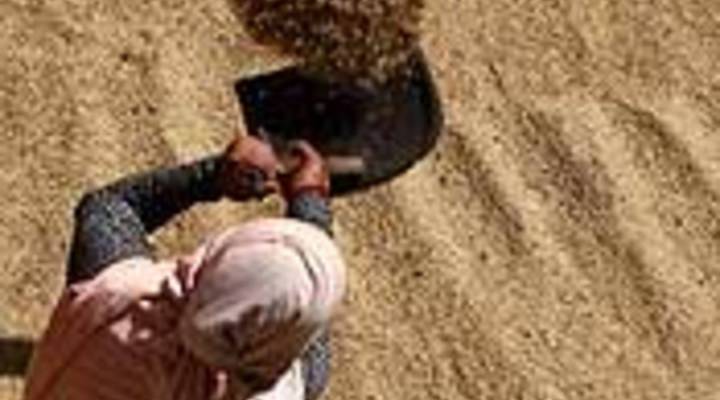 A year-and-a-half ago food prices were at or near record highs. The global recession cooled commodities like wheat and soybeans for a while. But those prices are rising again, and fast. Marketplace’s Stacey Vanek-Smith has more on one staple that could soon be in very short supply.

STACEY VANEK-SMITH: The price of rice is expected to nearly double next year. Droughts in India and floods in the Philippines mean two of the world’s biggest rice producers are now importing tons of the staple.

Alexander Muller is with the Food and Agriculture Organization, which hosted the Food Summit.

Muller says that will mean critical food shortages and political instability in poor countries, like Haiti and Egypt.

Jeremy Zwinger is the CEO of Rice Trader. He says when the price of one commodity goes haywire, it drives up other commodity prices.

JEREMY ZWINGER: So you have a Rob Peter to pay Paul mentality. The price of sugar’s high, so plant more acres and take them away from rice. Oh jeez, rice price is high, we’ll take some of those acres and put it to wheat.

Zwinger says that volatility is dangerous. When food prices spike, people can’t afford it. When prices drop, no one wants to invest in food production.

ZWINGER: What I keep seeing is that we go from excessively high price of food to excessively cheap, with very little time in between. Economics says as supplies of any commodity tighten, these volatile swings become more and more regular.