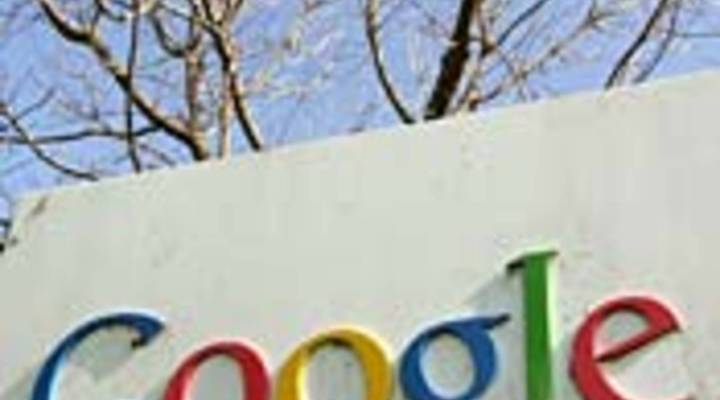 KAI RYSSDAL: You know how every time a news report mentions Google, it’s usually accompanied by the phrase “search-engine giant”? That’s not entirely accurate. Yes, Google does search. But somewhere north of 95 percent of the money that company makes comes from search advertising. And today’s news might only make Google more money.

It’s launching an online marketplace for display ads. Those big, colorful ones that float across your computer screen and distract you when you’re trying to do something else moderately productive. Marketplace’s Stacey Vanek-Smith reports.

Stacey Vanek-Smith: Google’s new DoubleClick Ad Exchange is a marketplace where advertisers can bid for space on different web pages.

Burt Flickinger is a consultant with Strategic Resource Group and helps companies decide how to spend their ad dollars.

Burt Flickinger: Google getting into the display-ad business, is one of the biggest things that has happened in the advertising business in decades.

Flickinger said, with search ads, you need to pay enough to be at the top of the list. But display ads can put advertisers right in front of a targeted group of customers.

Flickinger: Based on hitting a core consumer constituency, the display ads can be much more cost effective.

Google will be competing with Yahoo, which dominates the display-ad marketplace. Display ads bring in about half of what search ads do, says Andrew Frank, an advertising analyst for Gartner Research. He says that’s because they tend to be overly general and irritating.

Frank says Google hopes to merge display ads with search technology and the combination could create a real cash machine.

Frank: Well, I suppose if Google is really successful, then they could vastly increase the relevance of the display advertising we see, which could make it less annoying and generally a better experience.

Vanek-Smith: So the next time you saw an ad floating across the screen, it would be for something that you actually liked?