Last year, then Chairman of the SEC, Christopher Cox, banned naked short selling of shares for a period. Discussion of nakedness in the markets swiftly moved from equities to credit default swaps, the so-called financial weapons of mass destruction, which can also be traded naked. Now there’s a move on Capitol Hill to ban naked trading of CDS. Opponents of a ban make their case in a Bloomberg story today.

Most people weren’t aware of the concept of nakedness in the trading world before Cox told the shorts to button up. As soon as he did, everyone wanted details, maybe because saying “naked shorts” makes some people giggle like six-year-olds.

One question that came up again and again when Cox made his moves against the shorts was, isn’t naked shorting illegal already? The short answer is no. The long answer is that some naked shorting is prohibited. If you’re still interested in knowing about naked shorts (or if that phrase still makes you giggle like a six-year-old), this post from the Motley Fool will help.

Bad news for NUMMI, the Bay Area car plant opened in 1984 as a partnership between GM and Toyota. GM said last month that it would abandon the partnership as part of its bankruptcy proceedings, and now Toyota says it will liquidate the deal. The LA Times reports that could be that for the plant, which employs 4700 people.

What’s a three-headed hellhound to do? Breakingviews has a piece about Cerberus, and its annus horribilis so far. It lost a bundle on Chrysler, it’s investment in Japanese bank Aozora looks threatened, and now its facing a tricky lawsuit in Japan, too.

But at least it’s in Japan. Unlike many hedge funds, Cerberus stayed on in Asia when the financial crisis hit, and it could be well placed to take advantage of a recovery in the region. Much maligned by adventurous European and American investors as opaque and overly conservative a few years ago, many Asian economies now look a lot healthier than certain Western economies. Standard and Poor’s LCD says Asian bond markets are particularly active these days, as companies look for financing away from risk-averse banks.

Felix Salmon tells an interesting bait-and-switch story on his blog. A wine gets a high rating from Wine Advocate, a highly regarded publication; a consumer buys a number of cases without tasting it; he complains; it turns out the wine tasted by Wine Advocate probably wasn’t the same as the one that was shipped.

Now, this is a great story, but the first part of it made me think about ratings agencies and the people who invested in mortgage-backed securities. In Felix’s story, a buyer bought a lot of wine trusting blindly in the Wine Advocate score. To me, that sounds a lot like institutional investors who bought millions or billions worth of MBS or CDOs, or whatever synthetic malarkey, based solely upon ratings provided by S&P and Moody’s and Fitch. Sure, you can trust them, but shouldn’t you test what they’re selling before you buy?

And remember, these fund managers weren’t buying for themselves, they were buying for their own investors – often people like you and I, via our pension plans. It was their responsibility to check the securities out before buying. To do due diligence. To taste the goods, as it were. But they didn’t.

Felix doesn’t say if the wine buyer in his story was buying for his own cellar, or if he had clients. If he did, you can bet those clients were spitting with rage at being saddled with some ghastly old plonk. Just as we’re still dealing with the foul taste left by fund managers’ lack of integrity, professionalism and standards. 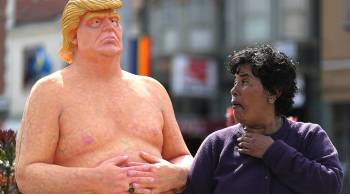