KAI RYSSDAL: The hottest selling items in West Africa today are probably Barack Obama t-shirts. The president’s heading to Ghana this afternoon. He’ll spend the day tomorrow in a county where poverty reduction seems to be working and the level of corruption is low. But there has been a rise in street crime over the past decade or so. Which has led to a government crackdown on blacksmiths.

Anna Boiko-Weyrauch: In the capital city of Accra, a pile of confiscated guns sits on the table in front of Police Superintendent Aboagye Nyarko.

Aboagye Nyarko: This is called the magazine.

He shows me how to load one of them — a sleek, black pistol, made right here in Ghana.

Nyarko: The bullet enters the barrel and then it’s ready for action.

It’s a copy of a Makarov, a Russian-made pistol. The replica is so good that even the police chief had a hard time telling it apart from a real Makarov. But, other handmade pistols aren’t so nice. Nyarko holds up one that looks like a toy gun. The barrel is made from car parts, like a steering rod.

Nyarko: Yes, parts of the car like steering rod, that’s what they use when making it.

The police chief estimates there are about 75,000 homemade firearms floating around Ghana. And he says they contributed to a recent rise in armed violence.

Nyarko: People want to get rich overnight, they don’t want to work. So they feel that is the easiest way of making money.

Drug dealers and thieves like handmade guns because they can get them under the table and don’t have to register them with the government. But, handcrafted guns didn’t used to be such a problem. Blacksmiths in Ghana have been making them for centuries, mostly for hunting and protecting farmland. When the British came in, they outlawed gun-making — but the demand continued.

Philip Nsiah: Today you are in a proper blacksmith’s shop.

Blacksmith Philip Nsiah lives five hours north of the capital. He shows me around his workshop where he used this furnace to make single barrel shotguns for decades.

Philip Nsiah: If you put metal in this fire, then it makes it red. When the metal is red, then it becomes soft.

Nsiah says local guns are cheaper than imported ones, so they’re popular with farmers. He used to sell each shotgun for about $100. Those cheap pistols I saw earlier can go for as little as $4.

Nsiah trained for years to learn his craft. But then he found out how much harm these guns cause. Nowadays, he helps lead the local blacksmiths’ association, encouraging others to stop making illegal guns.

Nsiah: I can do any type of gun. If they allow me, I can do it. But since, I know the dangers involved that is why I don’t go in.

When the crime rate got bad, the police started rounding up blacksmiths. Many stopped making guns, because they didn’t want to be arrested and lose their legitimate business. The crackdown helped. But it pushed the industry underground.

Now, Police Superintendent Aboagye Nyarko says they’re encouraging blacksmiths to produce something else, like tools to prune cocoa trees and handcuffs for the police.

Blacksmith Philip Nsiah shows me some handcuffs he made seven years ago.

Nsiah: But you see, it’s still there rusting. Nobody is buying it.

But he’s been able to make a living without making illegal guns. He repairs authorized weapons, used by security personnel, he works on cars. And he’s made a tool-shed full of other products — garden shears, hunting traps and gong-gongs, or cowbells for making music and calling community meetings.

Nsiah says the government hasn’t been effective at promoting these types of alternative products. And without that backing, illegal handmade guns will continue to be the product of choice for many blacksmiths. 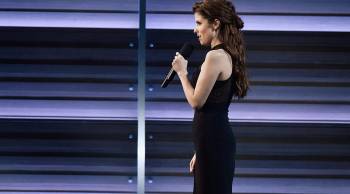