Richard Posner has written a book on the current depression–his term. Posner is a polymath, a judge, a brilliant conservative scholar associated with the University of Chicago school of economics, and an independent thinker. For instance, I got a lot out of his book Aging and Old Age

Nobel Laurate Robert Solow reviews Posner’s A Failure of Capitalism: The Crisis of ’08 and the Descent into Depression in the latest issue of the New York Review of Books. Solow highlights this passage:

Some conservatives believe that the depression is the result of unwise government policies. I believe it is a market failure. The government’s myopia, passivity, and blunders played a critical role in allowing the recession to balloon into a depression, and so have several fortuitous factors. But without any government regulation of the financial industry, the economy would still, in all likelihood, be in a depression; what we have learned from the depression has shown that we need a more active and intelligent government to keep our model of a capitalist economy from running off the rails. The movement to deregulate the financial industry went too far by exaggerating the resilience–the self-healing powers–of laissez-faire capitalism.

This is a stunning paragraph for a University of Chicago thinker to write. It emphasizes how dramatic is the current crisis, and how it is forcing thoughtful scholars to rethink their assumptions. The Solow review is well worth reading in its entirety. 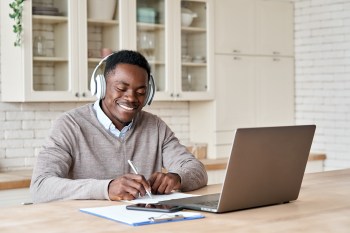 Why most of our jobs are meaningless