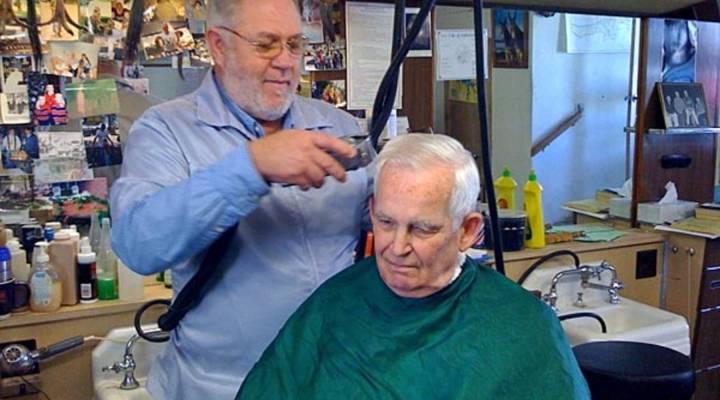 Nothing too hairy in barbershop’s view

Nothing too hairy in barbershop’s view

Kai Ryssdal: Today as we retrace our steps from our “Road to Ruin” trip from last fall, we go to Missouri with Marketplace’s Tess Vigeland. . . .

Back in October Tess went to see Rich McCarty in his barbershop on Franklin Street in Jefferson City. McCarty’s been in the stock market for years. And at that point six months ago he was taking the Dow’s freefall in stride.

MCCARTY: I mean worrying about my money ain’t going to do anything. It might give me an ulcer, then I’d have to pay a doctor. So I can’t do anything. I don’t worry about it.

That was then, in a slowing economy. This is now, in a recession and 3,000 points lower on the Dow. So we wanted to see whether the last six months might have brought on that ulcer. Here’s Tess:

McCarty’s been a barber here in Jefferson City for 44 of his 61 years. Since October business has slowed, but just a tad off and on. Nothing significant enough to make a difference at 11 bucks a cut.

RICH McCarty: You know in this business, people need a haircut. And they might skip a week, but I stay busy enough the way it is right there.

Some of the clients who aren’t coming in quite as often are among the swelling ranks of Missouri’s unemployed. The state shed 11,000 jobs last month, and the unemployment rate rose to 8.7 percent. That’s the highest it’s gone since 1983. As an example, McCarty points to the troubles facing one local car dealer.

McCarty: Two of the car dealerships, they’d just taken away. General Motors wouldn’t finance them. He [the dealership onwer] was financing them. But none of the banks wanted to, so he just had to lay off 75 people. Around here, we’ve been hit hard in this area, Jeff City has. I don’t think we’ve seen the bottom of it yet.

Back in the barber chair, 75-year-old Bob Semb insists the last six months haven’t changed much for him. Semb is a 75-year-old retired accountant who now spends part of his days advising local investment clubs. Last time we met he said he was 99 percent in stocks, and it was going to stay that way. I asked whether the market’s wintertime collapse changed his mind.

BOB Semb: No, I still look at individual stocks. I really don’t worry about the market itself.

Vigeland: Did you take some serious losses?

SEMB: Oh, I have a lot of down stocks that are down, yes. And I have some that are holding their own, and I’ve been buying.

Semb says what’s really bothered him — what’s changed since my last visit — is all the government intervention in the economy. Especially the auto bailout.

By the way, Semb drives a Chevy.

McCarty has the same opinion about the bank bailout. Let the laws of supply and demand take care of things, he said. McCarty is also a member of two investment clubs, so he watches the markets closely. CNBC is always playing in the background as McCarty works his razor magic.

He sold most of his personal stock holdings in late 2007 before all the real damage. He’s holding lots of muni bonds now, partly in an effort to help the local economy.

McCarty: I’ve got a few stocks, but I’m probably right at 10 percent.

VIGELAND: And do you see that changing anytime soon?

MCCARTY: Oh, yeah. Yeah. I mean my broker told me I was nuts when I got completely out, but then that summer of last year he said I was one of the smarter ones. If it comes, when I feel comfortable, it will all go back into it again.

The haircuts they’ve taken in the market haven’t dampened spirits during haircuts in his chair. 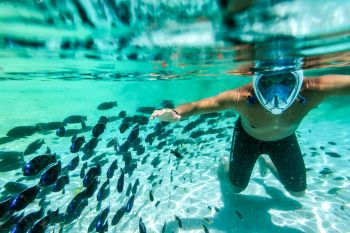