Kai Ryssdal: A year-and-a-half into the recession it’s reasonable to be asking, “When is this thing going to end?” Anybody who tells you with any degree of certainty is guessing at best. Commentator Tyler Cowen says that’s because there’s a whole lot else we don’t know, either.

TYLER COWEN: Before the economy can start a rebound, investors need to know a lot more than they do right now. One reason we’re not close to an economic turnaround is because we don’t know where the bottom lies.

Investing isn’t just a yes or no decision; it’s more like “yes” vs. “wait and see.” So when there is lots of uncertainty, investors hold off, if only to see what will happen. Fewer jobs are created and the economy continues to decline.

The problem today is that there are so many sources of major economic uncertainty, probably more than any time since the Great Depression. For instance, we don’t know if America’s five or six largest banks will survive, whether the stimulus will work, what Congress will do with energy policy and health care, and how we’ll pay for all of the bailouts.

The AIG debacle means that corporate leaders don’t even know what to expect for their paychecks. The U.S. government has picked up the ill-advised habit of imposing or threatening restrictions on bailed-out firms, yet retroactively rather than transparently in advance.

The uncertainty covers most of the world. Many European banks are fragile, and those banks are too big relative to their home economies to be bailed out easily. The European Central Bank does not have the same powers or mandate as does the U.S. Fed. Asia is a problem too. China funds a big chunk of our government’s debt, yet Chinese exports are stalling, real estate has slowed to a crawl, and the country has a long history of political instability in times of turmoil.

What investors need is a reason to move beyond waiting and so we must get the bad news out of the way and clarify what our government will do moving forward. You can’t expect every problem to go well, but you can look for resolution. When people stop guessing at how bad things will get, and all the bad news is out, that’s also when they start investing. Until then, you can expect some pretty tough going. 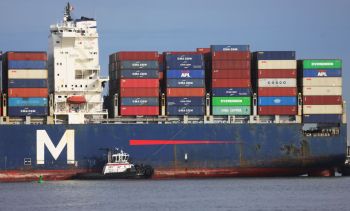