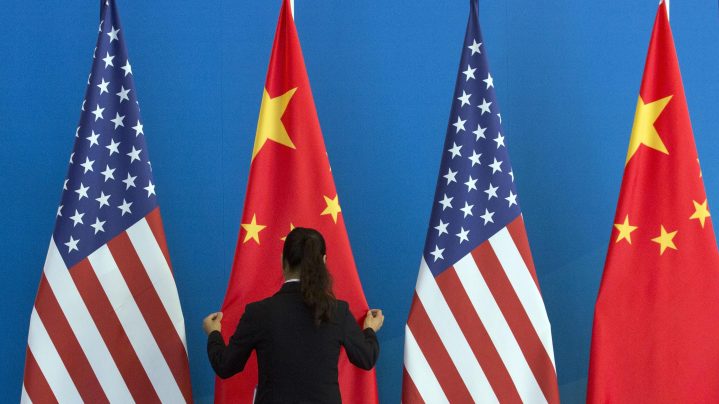 COPY
The regulatory crackdown in China has widened the gulf between the U.S. and Chinese economic systems. Some see a "bipolar" world taking shape. Ng Han Guan/AFP via Getty Images

The regulatory crackdown in China has widened the gulf between the U.S. and Chinese economic systems. Some see a "bipolar" world taking shape. Ng Han Guan/AFP via Getty Images
Listen Now

Investors around the world and here at home are becoming skeptical of Chinese stocks after that country’s government unexpectedly cracked down on several big Chinese companies in industries from tech to education. These moves shut down apps, scared off public offerings and sent shares tanking.

The situation has some wondering whether the world’s two largest economies are in the process of disentangling themselves financially.

Investors who were excited about Chinese equities have had a rude awakening amid the recent interventions over issues like antitrust, data sharing and foreign ownership.

“Chinese policy is becoming more of a tail risk,” said Shirley Wu, a global investment strategist at Bank of America. A tail risk is something really terrible that probably won’t happen, but could.

“As of August, 16% of our investors do think that Chinese policy is the biggest tail risk over the coming year,” Wu said.

Granted, overall they were more concerned about inflation and COVID, but the risks of investing in Chinese companies is on investors’ minds.

“A lot of people and firms are investing in China without really understanding how China’s system works,” said Martin Chorzempa, a senior fellow at the Peterson Institute for International Economics. The crackdowns investors are noticing are actually pretty typical for China, Chorzempa said.

Investor fears don’t rise to the level of completely financially disconnecting the two economies, something referred to as decoupling, but there are substantial pressures driving a wedge between U.S. investors and Chinese firms.

“There’s going to have to be some degree of financial decoupling because of the disagreements the U.S. and China have,” Chorzempa said.

For one thing, the U.S. and China disagree over accounting standards. Chinese companies by law have until 2022 to comply with U.S. rules or stop listing their shares in the States. Compromise doesn’t look likely.

“We have, in a sense, a ticking time bomb,” Chorzempa said.

But even beyond accounting standards, economic and financial ties between the U.S. and China may be disentangling. That’s what Cliff Kupchan argued in a recent note to clients. He’s chairman of Eurasia Group.

“The structure of the world now is U.S.-China bipolarity. Any bipolar system injects a big dose of decoupling,” Kupchan said.

Anything related to national security, including industries like Big Tech and data, are going to see the greatest separation between the countries, he argued.