Madoff does not pass Go

Madoff does not pass Go

Bernie Madoff is headed straight for jail after pleading guilty today to the mother of all Ponzi schemes. In revoking bail, the judge said of Madoff, “he has incentive to flee, he has the means to flee, and thus he presents the risk of flight.” Madoff apologized: “I cannot adequately express how sorry I am for what I have done. I am deeply sorry and ashamed.” No matter how sorry he is, when gets to prison, he won’t have a warm reception.

Bloomberg looks at what awaits Madoff in prison:

“Madoff isn’t going to be real popular,” said Larry Levine, who served 10 years in federal prisons for securities fraud and narcotics trafficking and now advises convicts on surviving time behind bars. “All the guys there will have wives or parents who are losing their homes or their jobs or who can’t send money to them anymore. Everybody’s going to be blaming Bernie.”

And of course, his victims couldn’t care less. Dealbook obtained a letter sent to court by victim Robert B. Sharpiro:

“The truth is we were raped and he should be treated no differently than any rapist.”
“I hope he is incarcerated with other rapists, not fellow scam artists that can laugh about the frauds they perpetrated,” (Shapiro) wrote to DealBook in an e-mail message.

It’s doubtful Madoff will be put in with rapists. He may wind up at a federal prison in NY or NJ, low-security, mostly white-collar criminals. But Madoff won’t be able to hide from his sins. Bloomberg quotes forensic psychiatrist Park Dietz:

“In the beginning, he will be besieged by mail that will be threatening and accusatory. There will be people trying to scam him and people who think he’s hiding money. There will be inmates asking for money, and you don’t want them to disbelieve you when you say you don’t have it.”

Obviously, Madoff must be pretty good at convincing people. Tonight on Marketplace, we’ll look at some of the mysteries surrounding this case, most importantly where is his money?

It remains unclear where the billions of dollars that his victims lost has gone, and whether those victims will ever see any meaningful restitution. Prosecutors have said the government is seeking $170 billion in forfeited assets from Mr. Madoff, apparently representing all the money that ran through Madoff accounts traceable to the crimes. A court-appointed trustee liquidating Mr. Madoff’s business has so far only been able to identify about $1 billion in assets to satisfy claims.

1/170th of the money. That’s absurd. The problem is that Madoff doesn’t have to say anything. He pled guilty, but there is no plea agreement that might entail cooperation with the government. As Marketplace Host Kai Ryssdal said at our morning meeting today, “We may never know the answers.”

And for the victims, that is perhaps the most frustrating part of any crime. 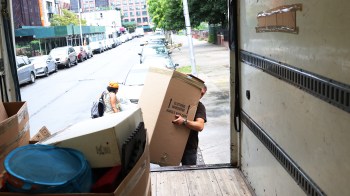 Marketplace Scratch Pad
Tags in this Story
Share this Story