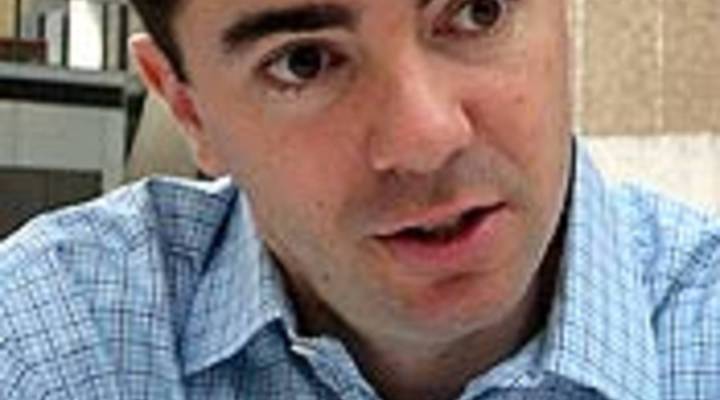 Lessons learned from the rich

Lessons learned from the rich

Tess Vigeland: Sometimes when I’m driving through certain neighborhoods in Pasadena, where I live — you know the neighborhoods you someday dream of living in — I find myself wanted to walk up to the front door, knock and ask, how did you get all this? What did you do? Especially during the holidays, when they’re all decked out in beautiful lights and decorations. Well, former Money Magazine editor Ryan D’Agostino did just that — walked up to front doors of giant homes across the country and collected stories for his new book, “Rich Like Them.” Ryan D’Agostino, welcome to the program.

Ryan D’Agostino: Thank you for having me.

Vigeland: Well, not to put too fine a point on it Ryan, but I wonder whether you might be finding that nobody really wants to hear about rich people right now?

D’Agostino: Well, no one wants to hear about a certain kind of rich people — maybe the ones who make the headlines — but, one of the most surprising things I found with the people I talked to was humility. I think I was expecting all the people behind those gates and those big houses on the water to be sort of those brash, you know, take no prisoners, I clawed my way to the top and you got to look out for yourself — and there was certainly some of that, but for the most part what they were was people who did not put themselves on a pedestal.

Vigeland: One of the chapters in your book is titled “Luck Doesn’t Exist.” Is this the old, kind of, work hard enough and it’ll happen argument? Because if so, you know, a lot of us who work really hard are wondering when we’re going to become millionaires.

D’Agostino: That’s part of it, but there’s another piece of it, which is resourcefulness. I met a retired stockbroker named Grosnoff and I said, you know, there’s a lot of stock brokers out there Bob, but they’re not all living here in this beautiful house. How did you rise above the millions of stockbrokers you’ve worked with over the years? And he said, well, when I was first starting out, it was not a good time in the stock market — people were running scared. It was up and down like a roller coaster, so he started selling short-term municipal debt, which basically was just a very, very safe thing that people could do — you get seven and a half percent, and it was just a place to park some money. So, what he was trying to do was sort of accumulate clients for later, when things picked up. And sure enough, when things picked up, he gets a call one day from a guy who owns half the coal mines in the South and they guy is on his private plane, and he says ‘OK Bob, you did me good. Let’s start buying some stock.’ And they went literally through the alphabet and, you know, placed an order in the millions of dollars. Bob got lucky I guess; that’s what his coworkers thought. But Bob didn’t really get lucky, Bob spent five years laying that foundation.

Vigeland: So given the fact that so many people in this country are in such economic turmoil right now, what lesson do you think they can take away from all these very wealthy people? You know, self-made or not, it’s hard to imagine that you can get yourself to that point.

D’Agostino: A few of the people that I spoke with and I’ve called recently — the ones I kind of hit it off with and I said, A: Are you still rich? And B: What’s your advice right now? — and what struck me was that every single one of them said my advice is the same, everything I told you is the same. So, point being, if you can stomach, sort of, reading the headlines, but not having them convince you that because of everything that’s going on in the world, you can’t do anything — if you can just forget about that and control the things you can control, I think you stand a chance. That’s what I’m hoping these people will inspire readers to do.

Vigeland: Ryan D’Agostino is the author of the forthcoming “Rich Like Them: My Door-to-Door Search for the Secrets of Wealth in America’s Richest Neighborhoods.” Ryan, thanks so much.

D’Agostino: Thanks. It was a pleasure.