Steve Chiotakis: While the economy’s been sour, people haven’t been doing a lot of buying — at least of high end shoes and suits. But for those who already have those items in their closets, getting them fixed up is cheaper. And lifting the economy in some stores. From New York, here’s Sally Herships.

Sally Herships: Victoria Gonzalez is a Wall Streeter with a job. She’s an entertainment lawyer. But like so many others in the financial district, she’s cutting back.

Victoria Gonzalez: I used to go and have my nails manicured each week. Now, I just do everything myself. Nobody’s noticed it. Nobody has! No one has commented. Haha.

Gonzalez is at Minas shoe repair fixing up some old black pumps. Minas Polychronaki says despite the dark clouds lurking above, his Wall Street shop is busy. Business is up 30 percent over last year.

Herships: Do customers tell you that they’re getting their shoes fixed because they can’t afford to buy new ones?

Minas Polychronaki: They don’t have to tell me, they bring me — Prada, Manolo, Jimmy Choo.

Herships: Well there are some Jimmy Choos right, there right? And how much would this kind of shoe normally cost?

Dressing like Mr. Big can cost big. So financial fat-cats have begun bargain shopping in their own closets. And it’s not just their shoe racks they reach for.

Harry Bhambi: You’re looking at about $1,200 a yard. And the average person would take about three and a half yards to make a suit.

Harry Bhambi is a tailor in midtown Manhattan. And if you do the math, a suit, handmade from the cashmere-wool mix he showed me, would cost over four grand.

Now, with cutbacks and layoffs, his customers are brushing off their old pinstripes instead. Custom orders are down by 30 percent. But alterations are up — by 20 [percent]. Enough to keep the tailors working hard.

Back on Wall Street, I ask Minas Polychronaki if the bad economy is good for him.

Polychronaki: Uh, it really is no good for me. If Wall street die, all the economy, all the world is going to die.

Polychronaki might be cashing in now, but he’s hopeful the stock market will bounce back. If not, he says, there’ll be a price to pay in the long run. 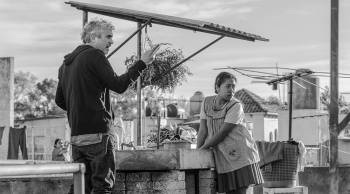