Income growth a matter of perspective

Income growth a matter of perspective

Steve Chiotakis: There are myriad of economic stimulus packages floating around Washington, and you’ll likely hear about one issue in the debate: wage growth. But like everything else in D.C., there are two sides to the debate. The Democratic side — wages are down for the poor and middle class. And the Republican side — wages are up for the middle class. Who’s right? Economist and commentator Justin Wolfers says it’s all about the data.

Justin Wolfers: The Republicans describe the income of the average person, and that average income has risen by 10 percent since the year 2000 — which is an OK, if not stellar rate of progress.

The Democrats focus instead on the typical household. Think about lining up all the households from poorest to richest, and choose the income of the household in the middle.

Economists call this median household income. You might call it middle-class income. Unfortunately, the income of this middle household has fallen since 2000, and it is now about $50,000. It’s pretty unusual for the living standards of the middle class to decline like this.

Now, you might have a different definition of the middle class. But I have sliced and diced the data, and unless you want to start counting millionaires, you can’t escape the conclusion that the middle-class incomes have declined.

How can the typical household be suffering economic decline, while the average rose? It’s simple arithmetic: if someone earns 20 times as much as you, the average income statistics give them 20 times greater weight than you. Since 2000, the average income of the bottom 99 percent of taxpayers fell, while the incomes of the richest 1 percent grew. But the richest 1 percent are 20 times richer. So their rising incomes largely offset the falling incomes elsewhere.

So it turns out that Republicans and Democrats are each telling the truth — just different truths. Which truth you care about may depend on where you stand in the pecking order.

Chiotakis: Justin Wolfers teaches at the University of Pennsylvania’s Wharton School of Business. 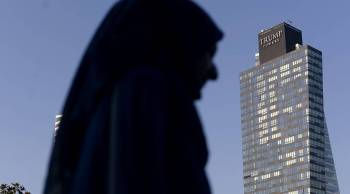