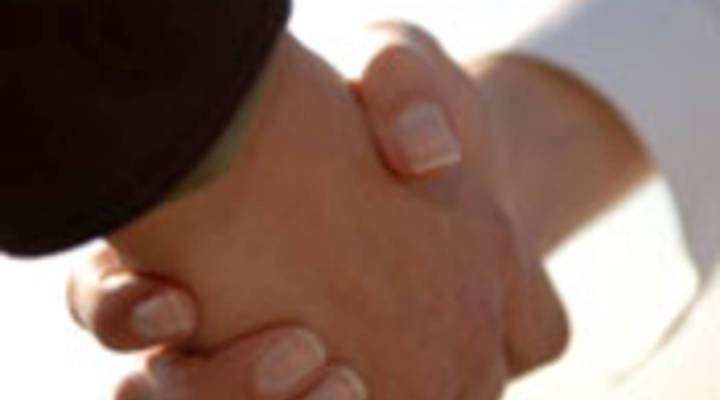 Trust is a victim in the financial crisis

Trust is a victim in the financial crisis

Kai Ryssdal: Whether or not this country trusts the people and institutions that’re trying to untangle the fallout from the financial crisis. Trust itself can be a subjective thing. But its effects can be starkly objective. Because if you don’t trust that you’ll be led out of a crisis, why would you follow? Marketplace’s Tess Vigeland’s been doing some looking into that. Hi Tess.

Ryssdal: So, do we think it’s fair at this point to say that a lot of Americans have just lost trust and confidence in our big financial institution?

Vigeland: Judging from our inbox, absolutely. People don’t know if there is anywhere safe to put their money at this point. You know, the stock market has lost, what, 6,000 points since this time last year or so. Banks are failing, though that is notable more for the size of the failures than the number of them this year. People are blaming the banks for handing out all those bad mortgages in the first place. And no one seems to be able to agree on how we get ourselves out of this mess.

Ryssdal: That’s anecdotal from our listener inbox. What about the cold hard facts? What are the polls saying?

Vigeland: Well, we have had a couple of polls done recently that do deal with this issue of trust and confidence. Gallup has some numbers from the end of September, so this is just a couple of weeks ago: showing that the number of Americans who have either a great deal or quite alot of confidence in our banks, it’s down 9 percentage points from June of ’07 to just 32 percent. Thirty-two percent of people have confidence in the banks. And the last time it was that low Kai, March of 1991 in the wake of the S&L crisis.

Ryssdal: That obviously is for banks, financial institutions, those kinds of things. What about the government, the people who are supposed to be able to fix this?

Vigeland: Yeah, supposed to be able to. According to the most recent poll from the Pew Research Center, just over half the population says the government does have the power to fix the economy. But in July, that figure was 70 percent. And a Gallup poll that was just taken last weekend asked a very similar question, and that survey found 37 percent think the government can have a great deal of influence, a little less than half said it could have a fair amount. Only 4 percent though, this is interesting, said the government cannot fix the problem.

Ryssdal: Cannot at all, only 4 percent said that.

Ryssdal: Alright, well, then let’s test that theory here for a second. What do they say about the solutions the government has proposed?

Vigeland: Still alot of doubts on that front, for good reason. Again looking at the markets just this week, you know the doubt is being fed by the fact that Wall Street, with the exception of Monday, remains in a tailspin. So, how can we trust and be confident when the pros on Wall Street apparently have no confidence at all. But we’re also asking the question, you know, what choice do you have but to trust these institutions–you know, the likes of the Federal Deposit Insurance Corporation. It’s held up for 80 years. Are you really going to go keep your money under the mattress. It may take a long time for people to get back into the markets, to the extent that they were even a year ago, but history does show us they will.

Ryssdal: “Who Can YouTrustt?” is the title of a special Marketplace Money broadcast this weekend. Tess Vigeland is the host of that program. Tess thanks alot.