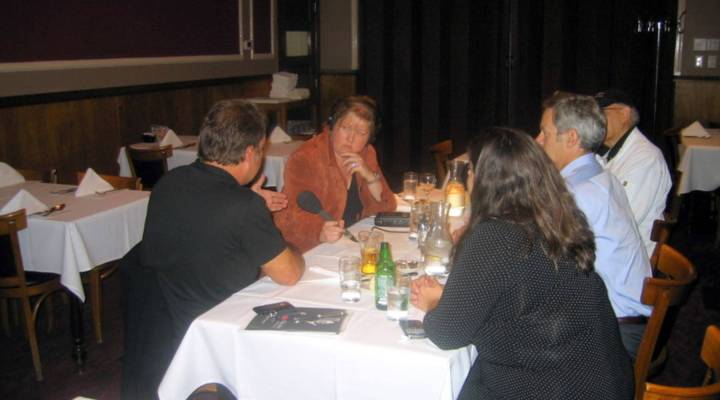 The mayor and me

The mayor and me

Amy! Where are you these days? West Virginia, I think?

I’m in a hotel in Salt Lake City watching the vice presidential debate while I write up scripts for this week’s Marketplace Money show.

Had a great conversation this afternoon with three gentlemen from this city. Mayor Ralph Becker (D); Stephen Eccles Denkers, whose great-uncle was Fed chairman back in the 30’s and helped create the FDIC; and John Speros, owner of Lamb’s restaurant, a local institution where we all sat down to bread and water at a table covered in white linen. Old school. Loved it. Here’s a photo of our gathering:

All three had very mixed feelings about the bailout. They think it’s necessary, but they swallow hard when saying so. Salt Lake is actually doing pretty well in light of the national economic difficulties. But they say the city lags behind the nation in times like this, and they expect things will get worse before they get better.

We’ll have much more from all three of them on this weekend’s show. Tomorrow I’m headed to Denver for the weekend. Would love to hear from some folks there who might like to sit down for a chat about the financial fallout and its effect on their lives.