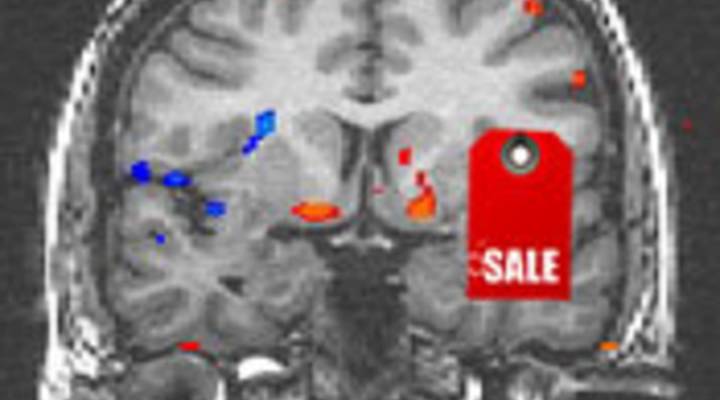 This is your brain on shopping

This is your brain on shopping

Tess Vigeland: Ever wish somebody could peer inside your brain and tell you why you do the things you do, make the decisions you make?

Well, in the field of behavioral economics, that’s exactly what they’re trying to do, all kinds of experiments using technology to take pictures of your body while you’re making saving and spending decisions.

Me? I still shake my head over my own and others’ penchant for going out and buying stuff we don’t need, especially during markdown season.

I admit it: I’m a sucker for a bargain. Not in the flea-market-shopping, second-hand-shoe-wearing sense of the word, but there’s nothin’ like a sale to get me in the door. “20 percent off your next purchase?” Sold! — whether I need that sixth pair of black pants or not.

You may say I have no one but myself to blame, but you might be surprised what part of myself I can blame.

But before we get to that, I got some insight during a trip to Stanford University, where researchers are using brain scans to watch people’s grey matter on shopping.

Daniel Yoo: OK, you’re doin’ great. We’re going to start off the functional part of the scan where you’ll be shopping. If you’re ready to start give me an “uh huh.”

They put a wad of dollars in my hand, stuck me inside an MRI machine that was as comfortable as a coffin and flashed pictures of products.

When I’m not interested in what’s on screen, my brain’s kinda boring.

But when there was something I liked, Brian Knutson saw one part of my brain light up the scan.

Brian Knutson: The next item… ooh, it’s the Lord of the Rings Trilogy DVD box set. Priced $19, one of our higher-priced items… and she decided yes!

See? I know a bargain when I see one. That boxed set goes for 65 bucks on Amazon.

Here’s the thing: It’s not the bill-paying part of my brain that’s at work here. It’s the nucleus accumbens — the pleasure center. The part that’s also activated during sex.

Knutson says my mesial prefrontal cortex got involved, too — again, more emotion than logic there.

This particular Stanford study looked at bargain-hunting and when I spoke to Knutson a few weeks later, he said I was a good subject.

Vigeland: Brian Knutson, what did you find in my brain as I was shopping?

Knutson: Yeah, we found it seems to be functioning quite well.

Maybe a little too well. It seems my brain consistently lit up before I could even say “I’ll take it!” The “buy it!” part of my brain was ahead of the “let me check my bank account” part.

In other words, logic had nothing to do with it.

Knutson: What it tells us about your behavior is that when a bargain comes up, you’re gonna act on that bargain. In theory, we could use that, those patterns of activation, to predict whether you’re going to buy something or not.

Predict whether I’ll buy something? Let’s hope Madison Avenue doesn’t get hold of this.

But there was a sliver of good news for my credit card balance:

Knutson: When we look at your neural response in an area that we call the nucleus acumbens, we see less of a response overall there to the products than we usually see in our students.

So I’m less impulsive than their previous lab rats, but just to assuage my shopping guilt a little more, I asked Knutson how this brain mapping could eventually help us understand and even change our behaviors. Do I just need more willpower?

Knutson: Willpower I’m sure plays a role, but we’re trying to use these tools now to focus on decisions that don’t always align neatly with people’s self-reports of what they want.

Vigeland: And is it possible for you to say that at this point? What’s going on in that situation?

Knutson: It’s not, but that’s where we’re heading. In addition to being interested in consumer behavior, we’re also interested in mental disorders and one of those areas that we focus on is addiction.

Uh oh. I guess the first of my next 12 steps is ignoring all those commercials. 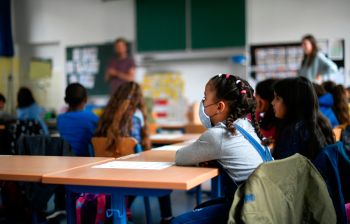 What happens when you’re vaccinated and your partner isn’t?