Egypt asserts ownership of its past

Egypt asserts ownership of its past

KAI RYSSDAL: The President’s in the Middle East this week. He’s been making the rounds with Israeli leaders. He gave a big speech in the Knesset this morning. Tomorrow it’s off to Saudi Arabia and then Egypt on Saturday. The subtext of the whole trip’s been the fate of the Palestinians.

Less contentious have been the President’s visits to assorted historic sites and museums. In Egypt, though, museums are very much a divisive issue — over the question: Who owns the past? Marketplace’s Amy Scott reports from Cairo.

AMY SCOTT: You may have seen Zahi Hawass promoting Egypt on the Discovery Channel in his signature Indiana Jones hat.

ZAHI HAWASS: My job: I’m in charge of all Egypt antiquities….

Hawass is head of Egypt’s Supreme Council of Antiquities. He’s an archeologist charged with safeguarding the country’s cultural heritage.

Hawass has been battling the St. Louis Art Museum to return a 3,200-year-old mask he says was stolen from a storage room. And he’s campaigning to bring five major pieces back to Egypt, at least temporarily. Pieces like the Rosetta Stone from the British Museum, and the bust of Nefertiti from Berlin.

If the museums don’t comply, Hawass is threatening what he calls scientific action.

Thousands of ancient treasures have left Egypt over the centuries. Many were carted away by archeologists with official blessings. Others were smuggled out and sold on the black market.

To stem the trade, Zahi Hawass has proposed stiffer penalties for smugglers. He’s also floated the idea of copyrighting Egyptian artifacts. The royalties would help pay for more than a dozen new museums under construction in Egypt.

HAWASS: I’m making big changes here, and I need money. And this money that I make of the replica, it’s not for Egypt to be rich, no. It’s to use in restoring these monuments that I believe . . . it does not belong to Egypt only, but belongs to everyone all over the world.

That’s just the point, says James Cuno, who directs the Art Institute of Chicago. He’s written a book: “Who Owns Antiquity?” Aside from sheer geography, Cuno says modern Egypt’s link to the Pharaonic civilization is tenuous.

And he says claiming otherwise is dangerous.

CUNO: Culture is something that always is a very fluid and mongrel thing that is made by people and not by nations. And to put political borders around culture is to falsify the history of culture as we know it.

Yet the past is one of Egypt’s biggest money makers. Tourists who flocked to the pyramids and the Valley of the Kings brought in some $8 billion last season.

Hani El-Masri is an Egyptian artist. He’d like to see the Rosetta Stone stay right where it is.

HANI EL MASRI: I think these pieces are our best ambassadors all over the world. And they are enticing people to come and visit Egypt to see the source of all this wonderful work.

El Masri says he’d rather see Egypt restore its place as a cultural leader. The country is plagued by poverty, unemployment and political unrest.

The century-old Egyptian Museum in Cairo is packed with more than 120,000 statues, sarcophagi, and other treasures. Relics shoved into corners and stacked on top of each other would be worthy of a national exhibition just about anyplace else in the world. But museum director Wafaa El-Sediq prefers it this way. When King Tutankhamun’s tomb was discovered in 1922, it was stuffed to the gills.

WAFAA AL SADDIQ: This is the way you find the tomb. Crowded. So ancient Egypt was very rich and the museum is very rich because of that.

Within a few years all that could change. The famous King Tut’s burial finery will be moved to the new Grand Museum near the Giza pyramids, complete with IMAX theater and fancy new exhibits.
And if Zahi Hawass has his way, lost treasures from the museums of Europe and the United States will be there for the opening. 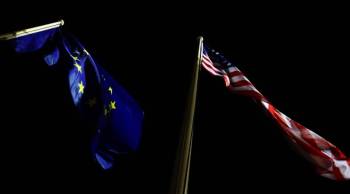