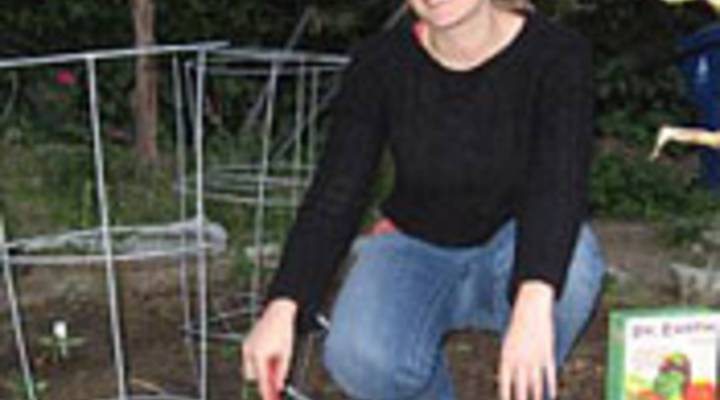 Rise of the urban farmer

Rise of the urban farmer

Tess Vigeland: So what can you do to save on food costs short of buying a farm?

Well, you might not have to buy a whole farm, but you could just grow a portion of your own food. Seeds are cheap and with a little rain, sunshine and TLC, you’ve got yourself dinner, right?

Stacey Vanek-Smith tested her green thumb to see how it all adds up.

Stacey Vanek-Smith: There’s a patch of land behind my apartment and I’m pretty sure my landlord won’t mind if I plant a few things there, so I decide to try growing tomatoes and this makes me part of a growing trend of urban gardeners.

Robert Gottlieb directs the Urban and Environmental Policy institute at Occidental College. He says rising food prices combined with an interest in organic and local foods have created the perfect climate for a grow-your-own boom:

Robert Gottlieb: You’re not simply seeing a passing fad. You’re seeing something that’s really significant in relation to how people think about food itself and these economic factors as well.

Seed sales are up about a quarter over last year. Sales of gardening supplies are up, too. But does it make economic sense to grow your own food? This I had to see for myself, so I went to the Los Angeles Garden Show.

A company called Tomatomania was selling more than 75 different kinds of tomatoes with names like “Green Zebra” and “Black Prince.” Already, this was vastly more complicated than the supermarket, where tomato selection is pretty much confined to small, medium and large. Luckily, Tomatomania’s Debbie Wiles helped me pick.

Debbie Wiles: I would go with a cherry. I would go with possibly a Roma, which is good for cooking in sauces, and then a nice, meaty slicer like a beefsteak or an oxheart.

Debbie tells me they should bear fruit in a couple of months.

Wiles: Thank you very much. You are now a farmer.

Oh yeah. I am a farmer. I am reducing my carbon footprint, healing the global food crisis and all for $12. This is looking good, especially considering a pound of tomatoes at the supermarket costs four bucks and Debbie tells me, in the right hands, one tomato plant can easily produce 20 tomatoes a year.

But first, I have to actually grow them, so I stop by Sunset Nursery, where assistant manager Sally Melcher tells me she’s seeing a lot of first time gardeners this year.

Sally Melcher: Usually early spring is a fairly even mix between flowers and vegetables and this year, I think we’re selling a lot more vegetables than flowers. We’ve seen a huge increase in our seed sales.

Melcher sets me up with everything I need to start planting and that’s when my economic model gets a little strained.

Ouch. Suddenly the grocery store’s tomatoes at $4 a pound seem pretty reasonable. But I’m just a novice. I decide to consult an experienced gardener. William Alexander is the author of “The 64 Dollar Tomato.” He and his wife have had their own vegetable garden in upstate New York for years. Alexander says there’s nothing like growing your own food to give you an appreciation for what a good deal the grocery store is.

William Alexander: When I saw that the green beans that I had labored to pick over and it takes forever to pick a pound of green beans and that my local green market was selling them for $1 a pound, I couldn’t believe it.

Among Alexander’s unexpected expenses: hundreds of dollars for good topsoil, lots of gardening tools and a 10,000 volt fence to keep deer out — not necessary in my Los Angeles neighborhood, where the only native creatures are feral cats and hipsters.

In the end, Alexander figured that his homegrown, heirloom tomatoes had cost about $64… a piece.

Alexander: I think I went through something close to the five stages of grief. I was angry at first, then I was shocked and then I started to deal with it.

Alexander says these days he breaks about even on his garden.

Not so in my case. For what I spent on three tomato plants, I could have purchased about 12 pounds of tomatoes from the store — and I’m not even sure I like tomatoes that much! But Alexander assures me there are other rewards:

Alexander: I’m picking my first lettuce probably next week and you can’t buy lettuce like that at any price.

Just wait until you try my $59 tomato sauce! 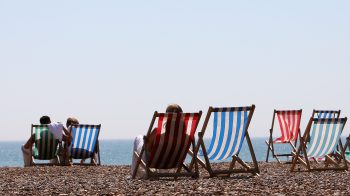