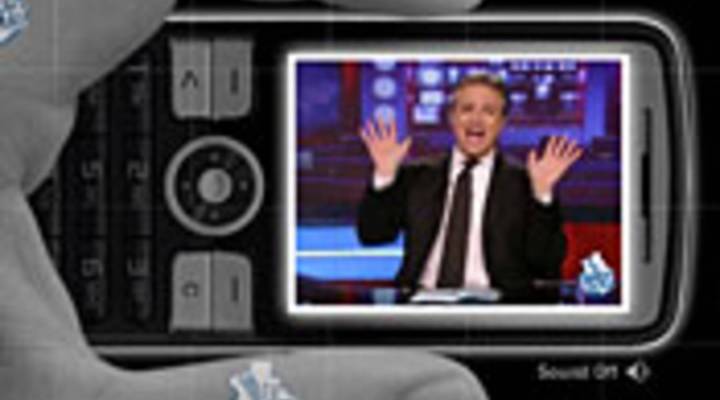 Coming to a teeny screen near you

Coming to a teeny screen near you

Renita Jablonski: This weekend, AT&T will launch a mobile TV service in parts of the U.S. Now car potatoes can watch everything from ESPN to CNN on their cell-phones.
The service will cost about $15 a month. Stacey Vanek-Smith reports.

Voice of a comedian: There’s an awful lot going on in the world right now. I’m not going to lie to you. It’s mostly bad things. (audience laughs)

Stacey Vanek-Smith: Comedy Central is one of nearly a dozen channels that will be offered on AT&T Mobile TV. Porter Bibb with Media Tech Capital Partners says small screen programming has a huge future.

Porter Bibb: There’s no question. Mobile TV is going to hit very big, particularly with the iPhone, because of the good definition on the screen.

Tim Brown: I can imagine watching video podcasts and saving a video of my kid, or I make lots of short, 30-second cool videos, which would look really good on there, because you could just show it to people.

Networks are getting excited about the possibilities, too. They’ve been developing “mobi-sodes,” three- to five-minute shows, especially designed for mobile viewing.