My take on the latest economic numbers. I talked about this yesterday with Kerri Miller on mid-morning (you can listen to it here). I also wrote this story for Business Week online.

A dark memory still haunts the U.S. economy: The Great Stagflation of 1973-80, a time defined by an uncomfortable mix of high inflation and stagnant growth. Well, everything old is new again, as they say: A number of recent economic reports point to an early 21st century return of the two-headed beast. While nostalgia can be nice–1973 brought delights including the Academy Award-winning best picture American Graffiti and Roberta Flack’s classic ballad Killing Me Softly–this is one relic of the not-so-distant past that’s best left to the history books.

Unfortunately, the stars may be aligning for stagflation’s return. The big implication of the government’s recent round of price reports is that inflation is starting to accelerate. The producer price index over the past 12 months has risen 7.4%, according to a government report released Feb. 26–the biggest advance since October, 1981. The consumer price index over the same period is up 4.3% (and in the past three months it has been running at a 6.8% pace). Import prices have risen 13.7% since January, 2007, representing the largest year-over-year increase since the index was first published in September, 1982.

Even more disturbing, energy and food are no longer solely responsible for the sharp headline price hikes. The inflation figures increasingly reflect broad-based changes in the economy, affecting the prices of a wide variety of goods, including over-the-counter and prescription medicines, soap and detergents, and platinum and gold jewelry. So much for price stability.

On the other hand, most indications are that the economy is teetering on the edge of a downturn. For instance, the housing market continues to deteriorate with both lower home prices and lower home sales while foreclosures and short sales are rising. The manufacturing sector appears to be stalling out, and corporate payrolls are weak. The Conference Board’s consumer confidence index is at its lowest level in 15 years (not counting the impact of the 2003 Iraq war). The dollar is flirting with record lows against the euro.

Add it all up, and it starts to look like the “S” word. “I would call it mild stagflation compared to the 1970s,” says Allen Sinai, chief economist at Decision Economics, an economic and financial advisory firm. “But it is probably the same animal.”

Of course, not everyone buys the stagflation scenario. Take Richard Berner, chief U.S. economist for Morgan Stanley (MS). He’s relatively optimistic on the inflation side. He believes price pressures will abate as economic growth slows sharply. “In my view, the time-honored forces of increased slack brought about by recession will cause inflation to slowly move lower,” Berner wrote in a Feb. 26 report. “In that context, I expect that rising costs will soon have an impact on profit margins instead of prices, as companies are less able to pass them through to consumers.”

Richard Yamarone, chief economist at Argus Research, thinks the underlying economy is doing better than the consensus believes. Consumers are still spending, business is still investing, exports have never been stronger, and “you can’t call the U.S. agricultural industry in 2008 anything other than blistering.” Indeed, he argues that a broadly defined agricultural sector is behind everything from increases in employment to gains in investment–and the much of the rise in inflation. Agricultural companies have been raising prices, and the price hikes are sticking. For instance, in the latest producer price index report, finished consumer foods are up 9.2% over the past 12 months, eggs 60.1%, pasta products 30.4%, and agricultural machinery 2%. “I think inflation is the biggest risk to the economy,” says Yamarone. “”There is a propensity for inflation to run away,” he says.

However you slice the economic data, Federal Reserve Board Chairman Ben Bernanke’s job got a lot tougher after the Feb. 26 releases. The central banker is forced to sail between the rock of inflation and the hard place of recession. When the Bernanke Fed was fighting the gathering forces of recession it used the time-honored remedy of cutting its benchmark interest rate. But now that inflationary pressures are mounting, the classic Fed response should be raising its benchmark interest rate, or at least staying the course.

So, what will it be when the Fed assembles at its next Federal Open Market Committee in March? Battle recession and gamble on inflation, or focus on combating inflation and risk recession?

The bottom line: There is no easy way out of this mess. The economic discomfort index just got a bit worse. A modern-day songwriter who wants to pen a tune about the return of stagflation could paraphrase Flack’s long-ago hit: Killing Us Softly. 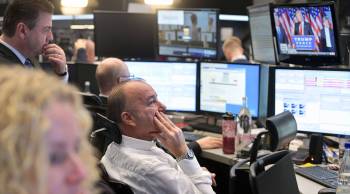