Kai Ryssdal: In Brussels, Belgium, tomorrow, the European Union’s going to propose a voluntary code of conduct for sovereign wealth funds. Those are government-owned investment funds… usually big ones.

Marketplace’s John Dimsdale reports from Washington the U.S. would like more sovereign wealth openness too.

Matthew Slaughter: Many of these funds, like private actors, seem interested in realizing good rates of return on their investments. One of the broad questions that people raise about sovereign wealth funds is because of the different links they have with governments, whether their motives for investment strategies are different from those of actors in the private sector.

The Treasury Department, Congress, the International Monetary Fund and the European Union are considering different approaches. They include limiting the purchase of voting shares, disclosing how sovereign funds vote the shares they have and revealing what other investments they’ve made.

But Todd Malan, the president of the Organization for International Investment, says too many rules could scare off foreign money:

Todd Malan: We really want these countries to have a vested interest in the success of the US economy, so it’s a good thing there’s these cross-linkages in which they have big bets in the success of our economy.

Europe and the U.S. have asked the IMF to put together guidelines for disclosure of sovereign wealth fund investments worldwide. 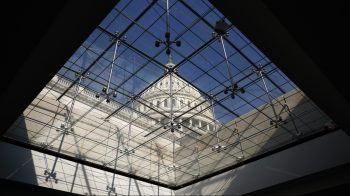