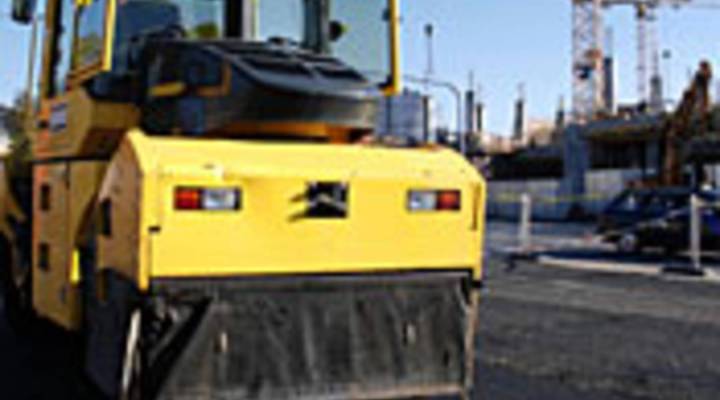 Union wants to invest in infrastructure

Union wants to invest in infrastructure

KAI RYSSDAL: The way these things work it’s probably already too late for regular joes to get in on the action, but look for Visa to start trading March 20 under the ticker symbol “V.” The Democratic presidential candidates are gearing up for their next debate tomorrow in Cleveland. Barack Obama and Hillary Clinton have been going back and forth about who’d run the economy better. One the hot issues is infrastructure. Each candidate has a proposal to shore up public works, but private businesses are also seeing opportunity. Stacey Vanek-Smith reports.

STACEY VANEK-SMITH: Private equity groups are paying a lot of attention to planes, trains and automobiles these days. Companies like the Carlyle group are setting up special funds to invest in infrastructure. Foreign sovereign wealth funds like the idea as well. Richard Gritta is a Professor of Finance and Transportation at the University of Portland. He says, it’s not surprising.

RICHARD GRITTA: A lot of private equity was heavily invested in the mortgage industry. And having been burnt there, they’re looking for better places to recycle their money that are safer.

But some groups think what’s safe for private equity will make taxpayers sorry. The powerful Service Employees International Union wants state pension funds to invest in public projects. Andy Stern is president of the SEIU. He says it’s crucial to keep our airports, roads and bridges out of the hands of these funds.

ANDY STERN: They have one purpose: to make money, and the only way they can make money is to raise fees and take out all the profits.

RANDAL O’TOOLE: A private company will build a bridge or a highway and toll it and after so many years they turn the facility over to the government. It does not cost taxpayers anything and it works very well. There will be plenty of business to go around. The government reckons sprucing up this country’s crumbling infrastructure will cost about $225 billion dollars a year for the next 50 years.